Teclast’s latest tablet the T10 is now official and listed on Taobao.com and is selling for around $210 USD. The tablet is based on a 10.1″ 2560 x 1600 16:10 ratio fully laminated screen with an anti-fingerprint oleophobic coating. Something we don’t normally see and it’s the same screen as the Onda V10 Pro I  reviewed so I know it’s a very decent screen. It has a 8100mAh battery, hexacore MTK8176 SoC with 4GB of RAM and 64GB eMMC. That’s the same CPU as the Mi Pad 3. And runs Android 7.0 (Teclast’s first tablet to do so)

The front camera has been given some special attention, a 13MP sensor that should be much better than the typical 2MP one we see and an 8MP rear auto focus sensor. Good to see them focusing on putting a better sensor at the front of the tablet.

The rear is made completely out of metal and also has a fingerprint reader there for added security and easy unlocking. The tablet is a mere 7.5mm thin which isn’t bad at all for a 10.1-inch tablet. Thanks Mathias for the news tip and Taobao link. 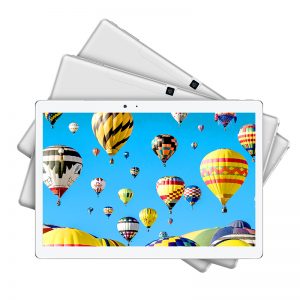 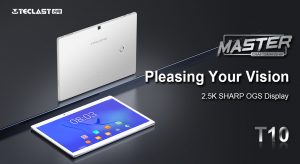 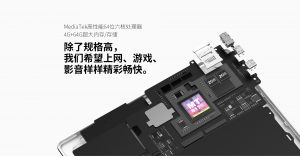 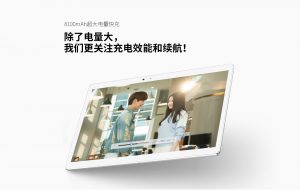 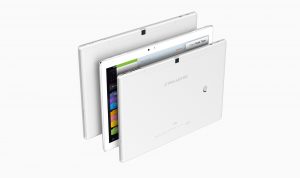