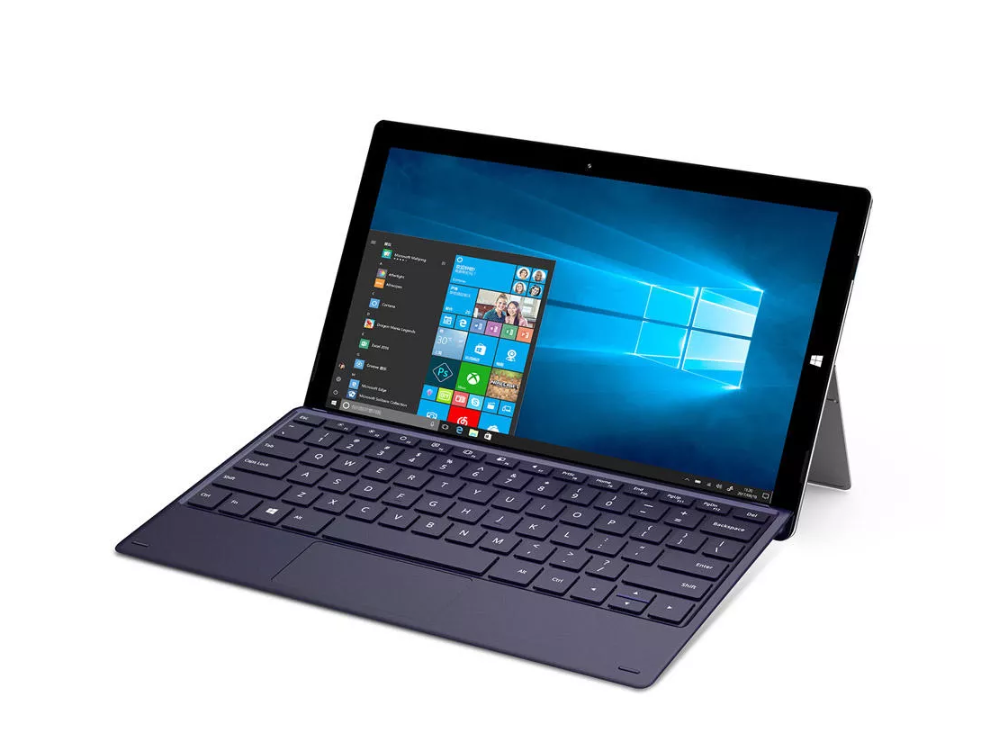 The SSD is 128GB and they say it’s M.2 spec so upgradable? Maybe if there is access hatch under the kickstand.

Overall it looks okay, shame they didn’t go with a 3:2 or 16:10 aspect ratio for the screen. And the bezel’s are large but you can see why, at 11.6″ the screen the larger bezels are needed to accommodate for the keyboard size, otherwise it would be a tiny keyboard but they do state it has full sized keys. And that touchpad looks super small! The weight of just the X4 tablet is 840 grams and 8.9mm thickness.

It is listed on Banggood for $389.99. However, it looks like it will be $329.99 on launch ($60 off) with the first 30 units getting a free keyboard and mouse when you order it with some Teclast Fans festival sale on the 22nd of April. And Teclast’s own page for the Fans Festival. 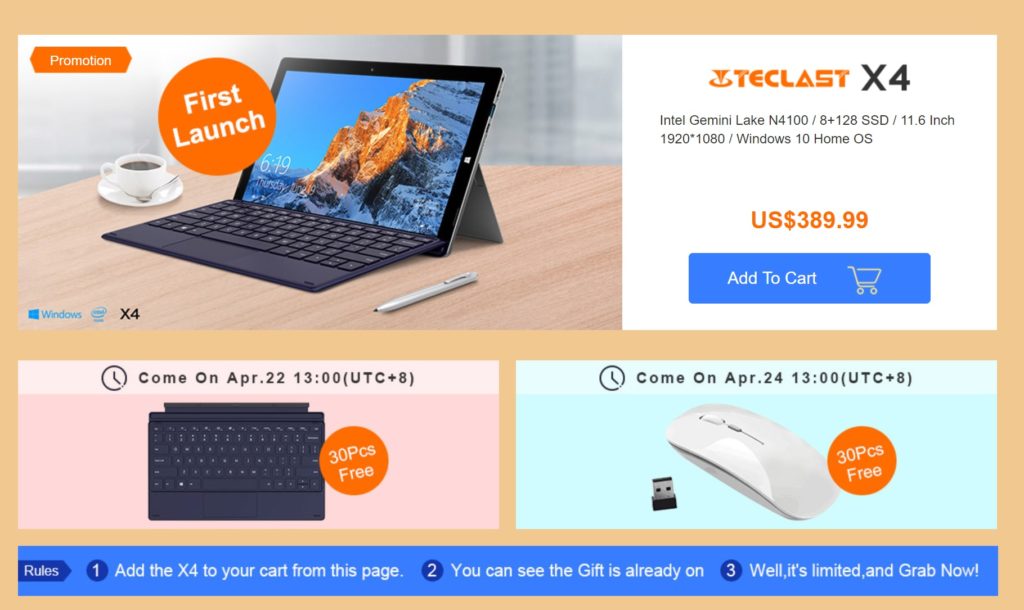 Below is all the official Teclast X4 press images and info. So what do you think? Ticks many boxes I think, Type-C, 8GB of RAM and stylus support. My concerns would be battery life it’s 26600mWh and is it’s a proper pressure sensitive stylus?