Teclast’s launched now their new flagship tablet. The Teclast T30, this is a 10.1″ Android 9.0 4G dual SIM tablet powered by the MediaTek P70, which is a nice step up over the older Helio X27 chipset. The T30 has 4GB of RAM, 64GB eMMC, MicroSD support, and an 8000mAh battery. Compared with previous generations the biggest gains are to be found are the GPU of the Helio P series, the Tecalst T20 has a much weaker Mali-T880 GPU and the 10 cores. But the P70 uses a more capable Mali-G72 MP3 GPU and CPU 8 cores so gaming will be so much smoother around 40% faster. Demanding games like PUBG, Fortnite, and Shadowgun Legends will be smooth on low settings. 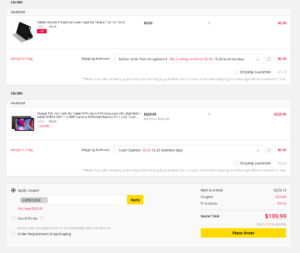 For a limited time, it’s $199.99 down from the pre-order $229 price with coupon GBTDT30SF and comes with a free protective case. It’s due to ship around the 8th of October when the Chinese are back from their national holiday. I’ll definitely be reviewing this one as it looks promising. 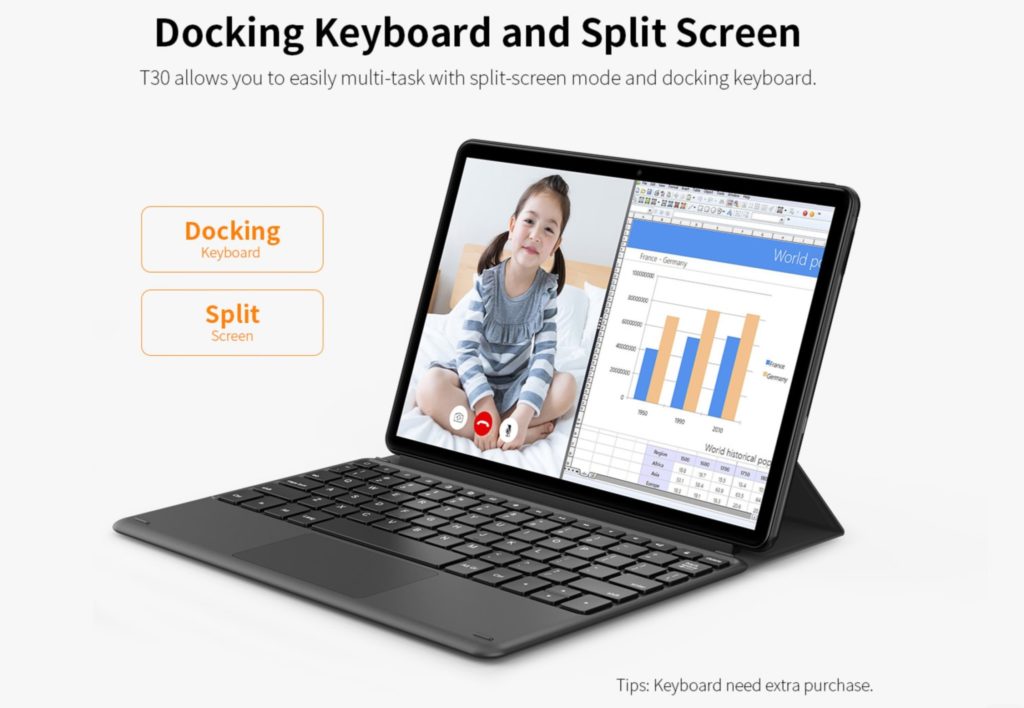 Teclast also posted a promo video today of it (below) I can see the build and housing don’t look as good as the older T10 and T20. But the screen is at least fully laminated, 1920 x 1200. Which is a step down from 2560 x 1600, but means it will be much smoother in the UI and gaming as mentioned. Like the Chuwi Hi9 Plus, it also supports a pogo pin type-cover keyboard. But the keyboard doesn’t seem to be listed yet?