Onda refreshed the V919 9.7″ Air 3G, swapping the Allwinner 8 core ARM cpu and replaced it with a x86 Atom Z3637F. They also joined the latest trend, shipping it as a dual boot with both Android 4.4.4 and Windows 8.1 operating systems. So how does the system compare to other similar dual boot models already out like the Teclast X98 Air 3G, let’s find out.

The Onda V919 is powered by an Intel Atom Z3736F which is capable of 2.16Ghz when bursting, it offers enough power for basic office use, emails, internet and light gaming. Ram is a limiting 2GB, but surprisingly it’s enough for most as long as you don’t try and open 20 tabs in chrome for example or encode a video.

The build quality is solid with a rear metal unibody that feel great in hand and there are no creaks or movement where the rear body meets up with the plastic and glass screen. The look of the V919 is very iPad Air like, mimicking the same port layout and speaker grills on the bottom like the first gen Air. While the speaker volume is decent, it’s certainly not the loudest 9.7” Chinese tablet I have tested. I also learn from some internal photos of the unit that Onda skimped on the audio and went with only one speaker, despite it having two speaker grills on the bottom. 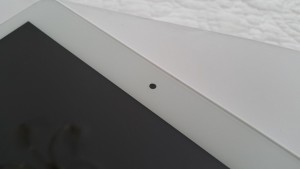 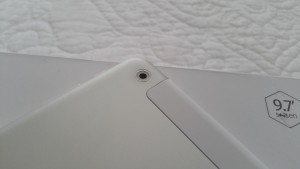 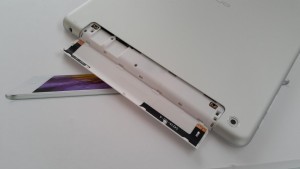 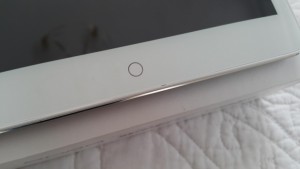 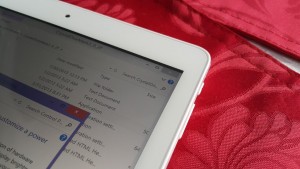 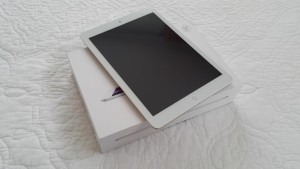 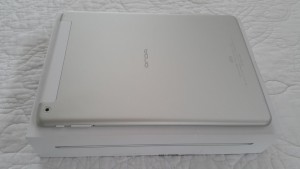 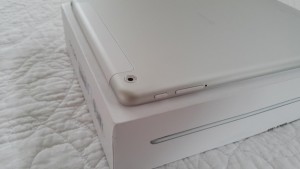 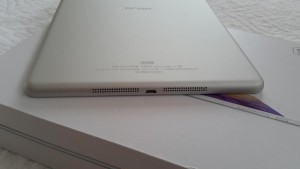 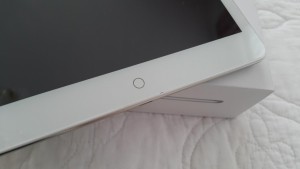 Onda offers the V919 Air 3G with either 32GB or 64GB, the price difference between the two isn’t a lot so I recommend you get the 64GB model. Since Onda had no 64GB models in stock, I had to pick up the 32GB model, our unit has a Hynix brand eMMC 4.5.1 drive good read, write and random 4K speeds. Infact one of the better ones TechTablets has tested.

On my 32GB version I have 5.3GB free in Android and Windows 8.1 there is approximately 10GB free. There is also a hidden 4GB partition used to restore Windows, should you need to do this.

You can see how it fairs against other eMMC tablets tested below:

The screen is the same LG IPS retina panel we see on all 9.7” Air clones, it’s 1536 x 2048 resolution is very sharp, clear with great colors and black levels. The 4:3 screen ratio makes it perfect for surfing the web or reading eBooks. There is an obvious gap between the glass touch screen digitizer and the IPS screen, which is something even the Apple Air first generation has, however next to the Teclast X98 Air 3G the gap is slightly bigger on the Onda V919. If your use to laminated screens used by Sony, Samsung and Microsoft, in their premium high end tablets, you will find the screen much more reflective due to this.

The top portion of the V919 Air 3G houses a removable plastic flap with contains the 3G and Wifi aerials, hidden below you’ll find the sim card and mircosd slots. The top right hand side of the V919 is where the 3.5mm headphone jack is. Between the speaker grills on the bottom there is a micro usb port for USB 2.0 connections via an adaptor and for charging the tablet. Unfortunately there is no micro HDMI port, which is one other rival 9.7” tablets. I’m not sure why Onda decided to skip on display output, but I feel it will be a deal breaker for some when looking around at what the current market offers. Oh and forget about swapping mircosd cards when your downloading, doing so will cause you to loose your 3G or wireless signal unless your right next to the router.

Call quality seemed fine, the loud speaker is a little muffed, but fine for a call if your mobile phone isn’t handy.

Sine the Onda V919 is a dual boot tablet you get two operating systems, Windows 8.1 with around 8.65GB of free storage (on the 32GB model) and a hidden recovery partition taking up an additional 4GB. Thanks to fast Hynix eMMC, windows is quite snappy, loading times of Asphalt 8 Airbourne were a good 2-3 seconds faster than on my Teclast X98 Air 3G. However I did find on my home wireless N network my connection would often report it as “limited” and while I was still connection I could not load any pages in Internet Explorer. I would have to turn off Wifi and then back on again to gain connection. Not even the latest 0A bios from Onda’s offical site would fix the problem. My Surface 3 Pro, X98 Air 3G and X80h had no issues on this network. Hopefully it’s just a driver issue and Onda will have a fix shortly. At one point I also completely lost Bluetooth connectivity and had to reset the tablet.

Update 15 Feb 2015, A newer Realtek wireless driver seems to have help this issue. However I still can’t help but feel that the design of the aerial and the contacts might be jeopardised in the future if your going to be removing sim and mircosd cards every once and a while.

On the other hand, the Android 4.4.4 experience is nothing but smooth sailing, Wifi works great, 3G works well and the stock rom on the V919 is almost bloat free. There are only two or three Chinese apps that would need to be removed. It’s one of the lightest rom’s I’ve seen, specially compared to Teclast Android roms that are cluttered up with so many Chinese apps. 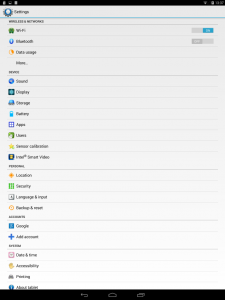 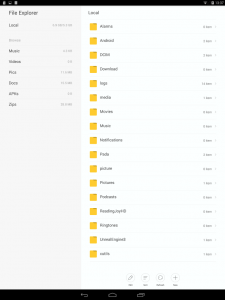 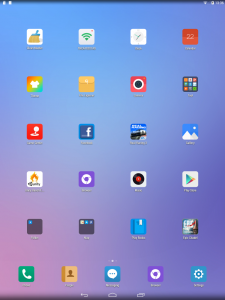 The stock launcher with little bloatware

Play Store was working out of the box, so no need to mess with any Google Play Store fixes. Real Racing 3 and Open GL 3 benchmark ran fine without any freezing issues that have plagued some Teclast X98 Air 3G units running the Z3736F soc. Free storage on the internal storage is around 6.5GB enough for a few large games like Real Racing 3 and Grand Thief Auto San Andreas.

The home button in Android lights up every time you touch the screen, if it’s by design it’s a little odd and this doesn’t happen in Windows.

Benchmark results compared to other Bay Trail tablets can be seen below:

The Onda V919 ships with a 5000mAH battery onboard (According to HWInfo), this is a rather small size when you factor in that 9.7″ retina display. This smaller capacity showed in the battery benchmarks, coming in almost two hours less than the Teclast X98 Air 3G with it’s 8500mAH battery.

The Onda V919 Dual OS has a 2MP front facing camera which is fine for Skype or any other video chat, it’s no low light facetime front facing camera but it still does the job. On the rear of the tablet you’ll find a 5 MP camera in the exact same spot as the iPad Air (This is a clone remember) The image quality is average, have a look at the below samples and judge for yourself.

These photos were taken in Android with default settings. 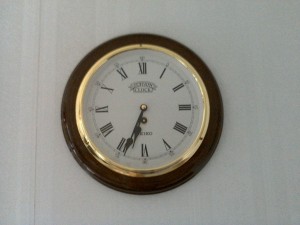 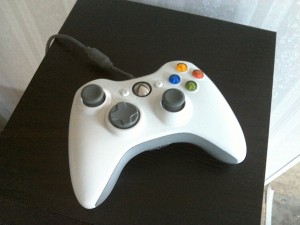 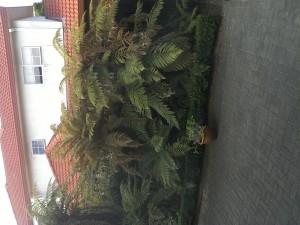 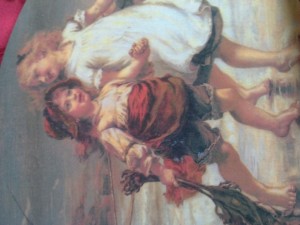 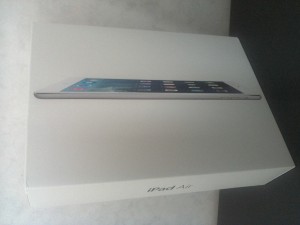 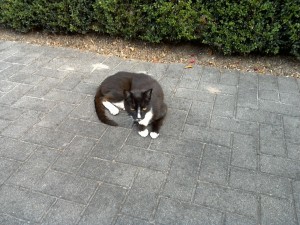 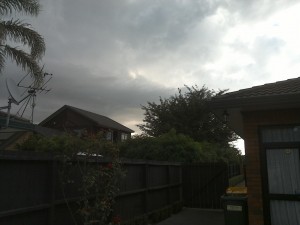 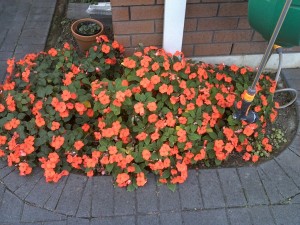 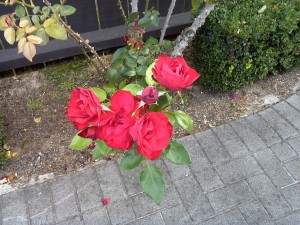 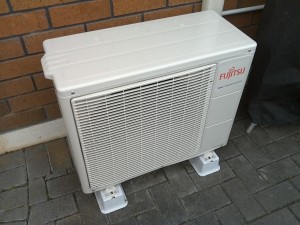 The onboard realtek sound chip does a decent job when it comes to audio quality via a headset, max volume over the a headset is lacking a bit, but I found the quality to be fine. So people that are doing to be driving a large set of Beats headphones or similar may find the sound is not loud enough. My in ear Sennheiser CX 300 Mk II earphones sounded great and much louder, but the Onda v919 only has to power small drivers in those. And as mentioned the mono speaker within the Onda v919 is very poor. Not loud at all and my Teclast X98 Air 3G is much louder. Oh and there is no hiss or buzz over the 3.5mm unlike some Chinese tablets I have reviewed.

Onda have a nice hardware package, a solid built dual boot tablet, but it just falls short of being a great tablet. Lacking an HDMI output, a smaller capacity battery than competitors and a mono speaker, it just feels as if Onda have pushed out another tablet onto the market that could have been something more than just another retina display dual boot. I’m not 100% happy with how the wifi antenna connects up to the rear removable mircosd and sim slot, In time I feel this will become an issue and could have been the cause of some poor connections around the house.

The Android rom is great, it works and its light almost no bloatware, Windows however is not perfect, at least on our test unit we experienced WiFi connectivity issues. 32GB model is available, but if you are going to pick one up make sure it’s a 64GB model that gives you more space as the 32GB model doesn’t give you enough storage in Windows, more so when you run Windows updates you’ll find you have next to no free space. The biggest let down has to be the battery performance, I feel that a 8000mAH or greater battery would have been much better here than the measly 5000mAH (aprox) unit it ships with.