The W4S is an entry level budget orientated 8 inch dual boot tablet, it’s an upgrade over the original PiPo W4 which had a limiting 1GB of ram. PiPo now upped the specifications to 2GB of ram, upgraded the cameras to a 2MP front facing camera and a 5MP rear. Normally these 8″ tablets have only 0.3MP and 2 for the rear. They joined the current dual boot trend, making it an Android 4.4.4 and Windows 8.1 all in one machine. The internal storage is 64GB, which is rare on an eight inch tablet, in fact maybe the first to do so? 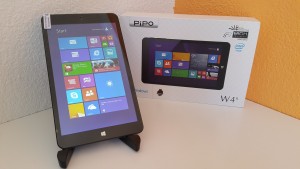 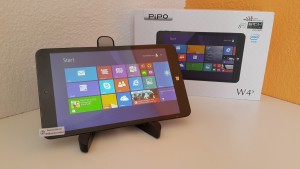 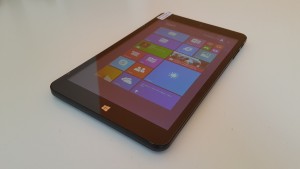 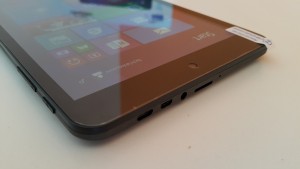 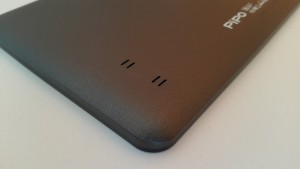 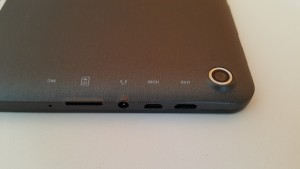 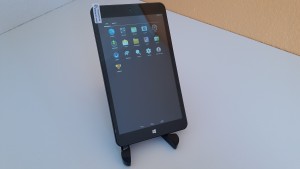 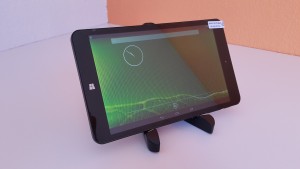 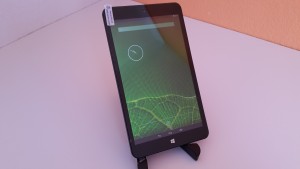 The W4S has the an Atom quad core Z3735F CPU with 2GB of single channel ram, this is good for light computing and gaming.

The build of the W4S is nothing exciting or ground breaking, but it does the job. A textured matte grey plastic backing and a black plastic screen surround on the front. Holding the tablet it feels well put together, there is no movement in the joins and it doesn’t feel like it’s going to come apart anytime soon. Over all the build quality is decent enough for this price range. You can also pick up the W4S in white, but it didn’t seem to be available when I ordered mine for review.

The PiPo W4S comes with a Samsung 64GB eMMC drive, it’s fast and one of the fastest eMMC I have tested to date. Impressive write speeds for an eMMC drive. I wish more brands would adopt Samsung’s drives if they are all this quick, maybe pricing has something to do with that. While eMMC is slow compared to sata3 SSDs we see in expensive Core I & M tablets, the 64GB drive in the W4S was one of the best tested.

The 1280 x 800 IPS panel in the W4S is not the sharpest display, but at 8 inches it still looks okay, if you look close enough you can see the pixels, but under normal use I find it to be fine, however when there is small text on the screen I found it was best to use rotate the screen into landscape rather than strain my eyes holding it in portrait.

Brightness is a big let down, it seems PiPo must have sourced a cheaper IPS panel to compensate for the other more expensive components like the eMMC. Or my IPS was a bit of a dud. The maximum brightness was just enough for indoor use, but in bright environments would be an issue. It’s not as dull as my Teclast X80h’s screen but still not far from it.

Touch response was fine, no complaints there. I do fine that using touch in Windows on a sub 10″ screen can be tricky at times when touching the maximize or close boxes on windows. Scaling in windows was set to 125% by default to help with this.

The W4S has the normal ports, microusb, microsd, micro hdmi. I found the designers didn’t give much thought on port spacing or didn’t had the space to separate the micro usb and micro hdmi ports. Some micro HDMI cables, like my own might have to be trimmed don to fit in nicely without it applying pressure to the microusb cable along side it.

I also had issues with the microsd card slot. Not only was it hard to insert and remove cards without using a sim card tray tool pin, but I also experienced issues of it hanging in Windows. Often inserting a microsd card in Windows no matter what format or capacity resulted in explorer.exe hanging and crashing when trying to open the microsd card to view files. In Android the card functioned jsut fine, so it must be Windows driver related? 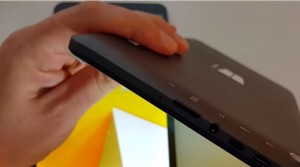 The MircoSD card slot was tricky to use.

I experienced no dropped Wifi connection and had good signal strength from the Realtek 150mbps wireless N and bluetooth combo card. Using a bluetooth mouse and the wireless resulted in the all to common wifi slow down. This is due to both BT and Wifi on the same card and 2.4Ghz. Using a Logitech wireless mouse solved this.

Like all the other Chinese exports, this has the normal Windows 8.1 Bing. It’s just like Windows 8.1 standard edition, but your search engine is defaulted to Bing in IE11 (You can change this)

Windows performance was fine. IE11 worked well, YouTube, Word docs etc. The tablet comes with 1 year of Office 365, like most Bing versions. Windows was activated on my unit luckily and there is a usual recovery partition for restoring the tablet.

The stock Android 4.4.4 rom on the W4S is very vanilla, so much so that I had zero bloatware and no Google Play installed. You only get 4.28GB free user space on the internal drive, this is quite disappointing, Pipo allocated most of the space to Windows and almost forgot about poor Android users here. It might be just my seller I used on Ali Express didn’t install Google Play services, some of them do I hear, so make sure you ask the seller if it does indeed come with Google Play or not. I couldn’t get Play to work after installing it via an APK. It would just crash on launch, seems I was missing services and other files needed to run the Play store. The build.prop might have been an issue to.

Due to no Google Play and the time wasted on trying to get it work I gave up completely on Android on this tablet. Just not worth the effort, points deducted for this bad Android experience! 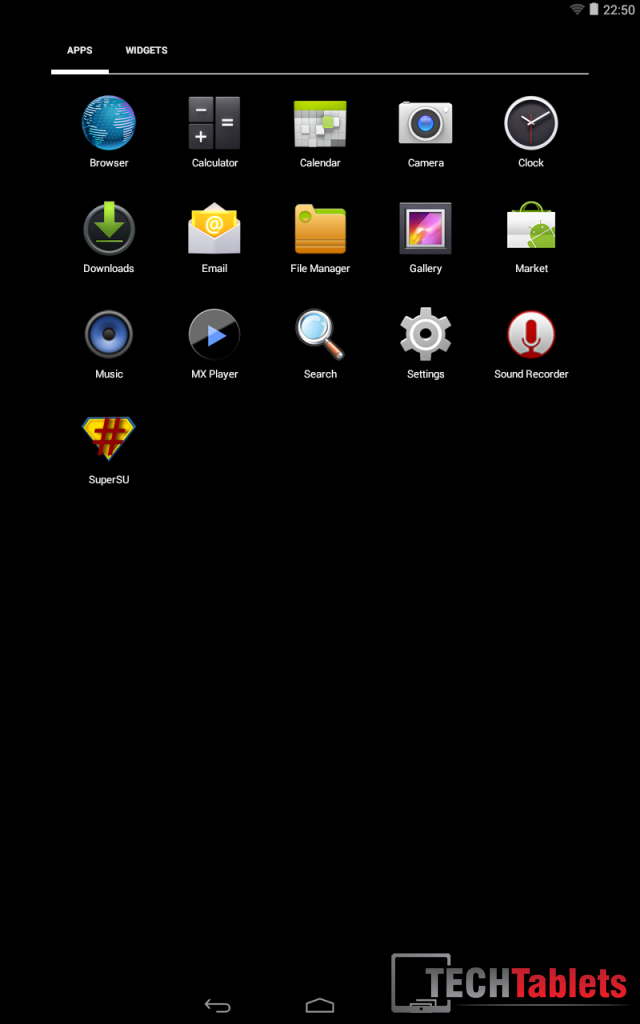 No Google Play? Oh dear, not of to a very good start! 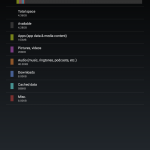 Only 4.28GB available to the user, Windows got almost all the drive. 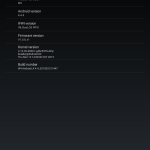 The benchmarks I ran on the W4S showed it was on par with other Atom Z3735F tablets I’ve tested. It scored well enough. Over all the tablet runs well for what it is, a low powered quad core Atom. Check out how it compares to other Atom powered tablets tested here on Tech Tablets in the chart below.

Windows store games run fine, apart from laggy titles that a too graphically intensive like Modern Combat 5. Older games liek Civ 5, Call of Duty MW3 ran okay on the tablet, it was playable with some frame dips. I had no issues streaming GTA V and Wreckfeast from my tower PC. You can check that out i the below video I recorded.

Wifi on and brightness set to 40% I managed 4 hours are 53 minutes. Which is fine for a smaller 8 inch tablet. I didn’t test enough in Android to get an idea of battery life. But normally it’s a little less than Windows.

The tablet gets warm to the touch when gaming and hot when charging and gaming at the same time. Unfortunately my heat gun has yet to arrive, but I will try and test it later on.

According to HWInfo the little Atom Z3735F SoC got upto 74 degrees which is normal after a bit of gaming.

The W4S takes around 3 hour to fully charge when powered off, if you use it while it’s charging you can expect that time to almost double. The poor charger has a hard time keeping it charging when it’s on.

Speakers are a real bad area on these smaller dual boot 8″ tablets and the PiPo W4S suffers from the same poor mono speaker. It’s bad, real bad. The speaker is quite and when you increase the volume it distorts and vibrates something awful forcing you to lower the volume. Unlike the Teclast X80h which has dual speakers on the rear.

So really you have no choice but to use the headset/headphone 3.5mm jack. It’s at least loud, but I noticed a low buzz and static that was always present and more obvious in between music tracks or YouTube videos. It might not bother some that much, but I at least like clean audio out of the port. Hdmi audio was the only cleaner sounding audio.

The microphone audio quality was average, usable for Skype and video chat and nothing more.

PiPo plan to increase the camera megapixel size was good one. The Chuwi Vi8 and the Teclast X80h both have only 0.3 front facing cameras, and look like Nokia camera phones from 2002. Washed out and very pixelated. The front facing camera on the W4S is okay, it’s 2 megapixel and fine for video chat.

Check out the below Pipo W4S camera samples: 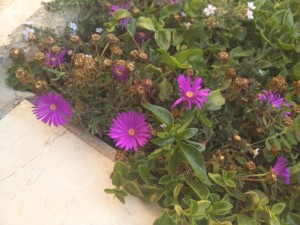 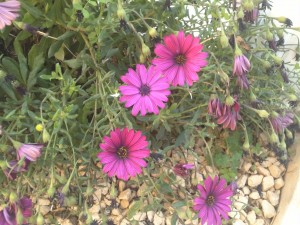 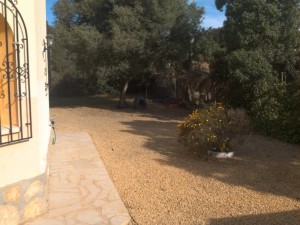 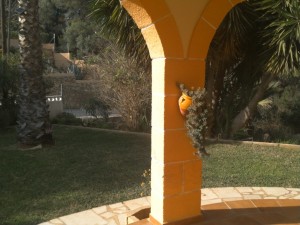 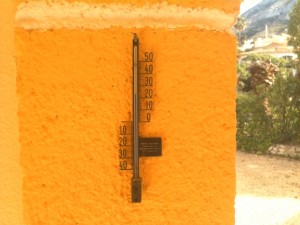 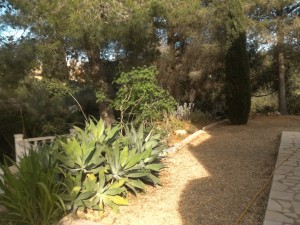 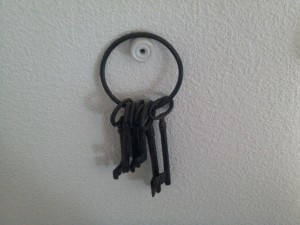 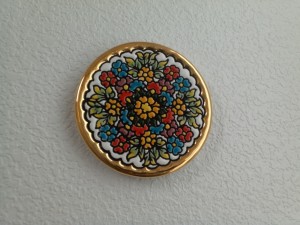 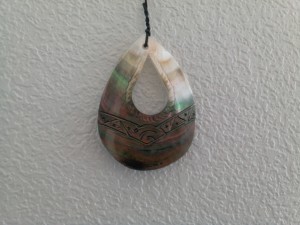 PiPo wanted to up the game in the 8 inch dual boot market by giving the consumer more storage and better cameras. But ultimately it’s let down by a no Play store, a dull screen, poor audio quality and micro sd card issues. Well at least on my unit. On the good side, that 64GB eMMC is a Samsung unit and fast for a eMMC 4.5 spec unit.

Having no Play store installed was a first for me, normally it’s always part of the rom. I have encountered broken Play stores on other tablets, which are normally build.prop configurations issues, but the time spent and wasted trying to get Play to work in the end had me give up on Android altogether. Frustrating to say the least. The user space allocated in Android suggests (At least to me) PiPo thought most would be using Windows anyway.

This had me wanting to end my time with the PiPo W4S and move on to more worthy tablets. Still if you must have an 8 inch tablet with 64GB there is no real alternative, just make sure you ask your seller if Play is installed. And maybe, just maybe, my unit was a poor example and I didn’t get lucky hardware wise. I just got some plain bad luck or the first batch. if you don’t need the 64GB of storage I recommend taking at look at the Chuwi Vi8.