The Cube i6 has been out for a while, it was the first 9.7 inch Retina display tablet to feature an Intel “Bay trail” Atom CPU, seeing the success Teclast and Onda have had with their dual boot tablets, Cube adapted the i6’s bios to now support a dual boot setup. As a result the i6 Dual OS was born.

Now the 3rd, 9.7″ retina display Intel powered tablet reviewed here on TechTablets, this is Cube’s take on what a good 9.7″ dual boot tablet should be like. Without any real additional cost to Cube, they modified the bios set up to accommodate a Android and Window’s set up using Insydes bios switching bios tech. Let’s have a look and see the 3rd dual boot addition to the 9.7″ camp is the best to date? 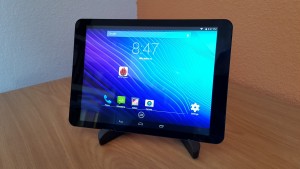 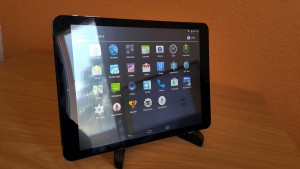 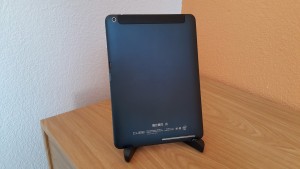 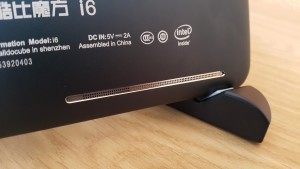 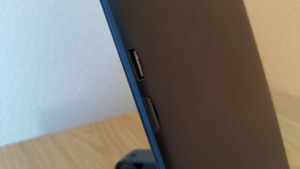 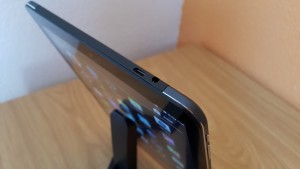 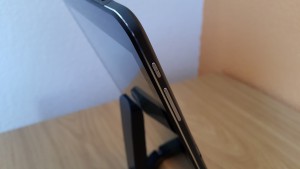 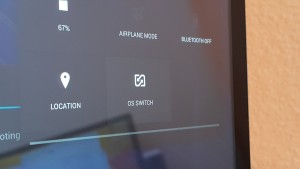 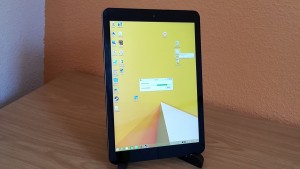 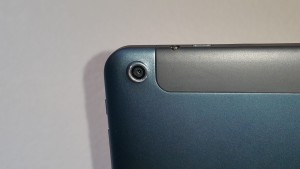 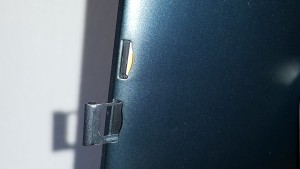 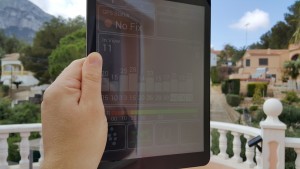 The Cube i6 Air 3G comes in black, yes black! I’ve was getting a bit tired of all the white only dual boot tablets, so it’s nice to have a change here. The qaulity and build of the i6 is one of the best I’ve seen in a Chinese iPad Air clone. Metal buttons, nice strong joins where the metal rear housing meets the front touch screen and an overall solid feeling micro sim and sd card slots. No complaints in terms of the build, it feels good in the hand. The top right of the i6 is where you’ll find the 3.5mm jack and micro usb slot for charging and OTG use. The Cube i6, however lacks an HDMI port. A shame really since this is something the competing Teclast X98 Air 3G has. Personally I like to have the option of hdmi output, rather than no port at all.

The right side of the tablet near the top is the power on and volume rocker buttons, they are made of metal and no cheap plastic which I saw on both the Teclast X98 Air 3G and Cube V919 Air 3G, a nice touch.

The bottom and left sides of the tablet are free of ports and buttons. The Cube i6 isn’t the slimmest dual boot 9.7″ tablet at 9.8mm thin.

Storage at the time of writing this review is a 32GB eMMC drive, no 64GB option as of yet. The drive is a Toshiba eMMC with decent speeds. Much better than the “BWIN” 32GB eMMC encountered in my X98 Air 3g. You can see the Crystal Mark scores below and how the i6’s drive compares to other eMMC’s on various Chinese tablets reviewed. 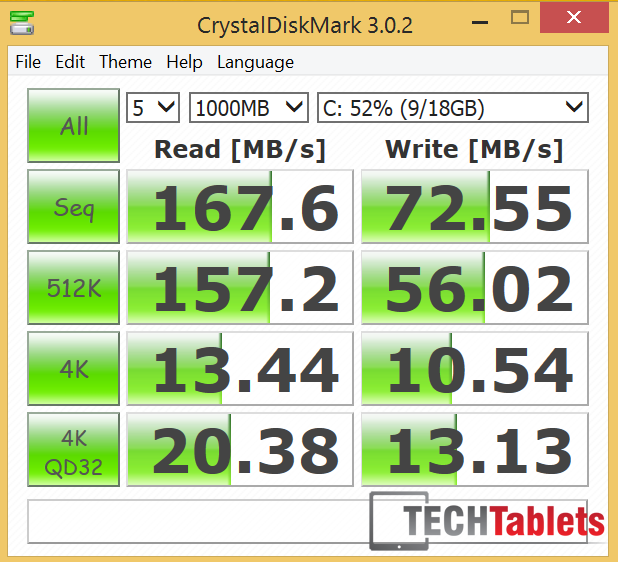 The high res “Retina” LG 2048 by 1536 pixel IPS panel as used by many Chinese tablet manufactures now, good colours and blacks. But not as punchy and my Onda V919 or Teclast X98 Air 3G with the same panel. There is a slight grain to the panel as if Cube have applied a anti reflective coating to the IPS panel.

It goes however stand up much better in sunlight than my Teclast X98 Air 3G. So it seems it does offer some positives. It’s not a deal breaking move, but it’s definatly noticable compared to a iPad Air, X98 Air 3G or any other 9.7″ retina screen tablet. Why Cube have done this beats me, maybe it reduce the reflections? But pointless considering the touch panel is still going to be super reflective.

The screen is a little less brighter than my Teclast Air 3G, but only marginally so.

A single micro usb, 3.5mm jack, microsd and micro sim slot are present on the Cube i6. The micro sim slot has a nice slide out tray which is a nice move on Cube’s part, much nicer than the normal sim card sized slot on the Teclast X98 AIr 3G.

BT 4.0 and Wireless N 150mbps 2.4Ghz are present. The same Realtek chipset I’ve seen on all of these Atom powered tablets. WIfi performance is solid, no disconnections or issues here. Streaming “Skyrim” from my tower PC worked well without too much lag or stuttering, it faired much better than my X98 Air 3G at streaming.

Bluetooth keyboard and mouse worked well without a hitch.

3G speeds very average, I found I could only get around 1mpbs downloads compared to my X98 Air 3G. Might have been a network issue at the time. See the below video on this issue.

Windows 8.1 Bing that activates is shipped out on the Cube i6, 2GB of ram is good enough for IE11 internet browsing, movies, videos even at 4k playback is smooth. Light office tasks and gaming and with a keyboard attached via usb or bluetooth you can even write up a review like this.

The systems benchmark scores are only slightly lower than the Z3736F  found in the Teclast X98 Air 3G and Onda Air 3G. The Z3735F @ 1.8ghz in the Cube i6 Vs their 2.13 doesn’t really make for much of a difference in the real world accept for a slightly higher in single thread benchmark scores. See how the Cube i6 faired in the below charts. 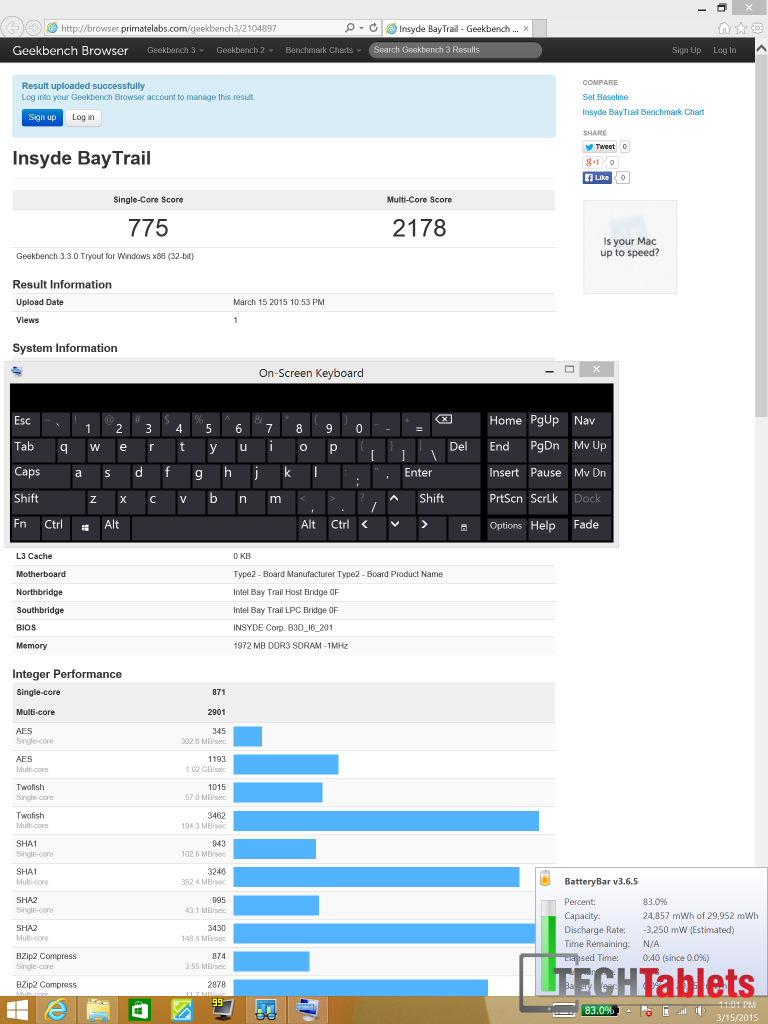 The Android rom contains no bloat what-so-ever! Well some would call Facebook bloat, no Chinese apps to be found anywhere. It’s a delight to see, and the experience is very Nexus 10 like or how I remembered it to be. So a very original Android rom. PlayStore was working out of the box and there is a Wifi updte system for OTA updates in place, and at the time of writing this review there is no update available or needed it seems. The rom is stable, and I encountered zero issues. Antutu benchmarked at almost 32k, so not a bad score for the chipset. 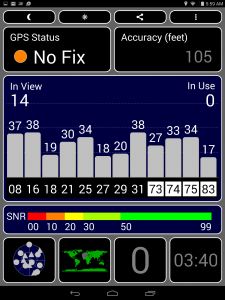 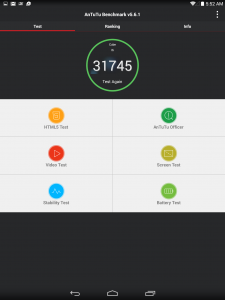 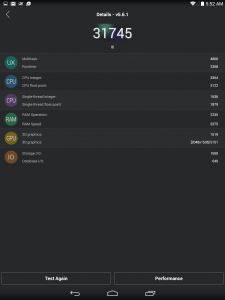 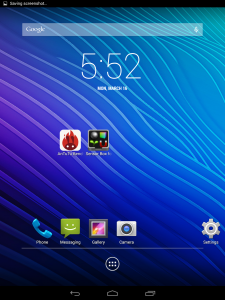 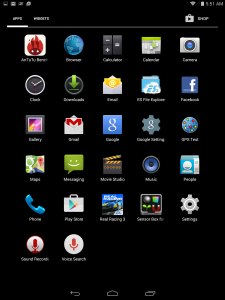 Games like Call of Duty Modern Warfare 3, ran 20-30 frames per second, which was just playable, not a bad feat on a tablet like this (Try doing that on the iPad!) Team Fortress 2 was very playable, and Asphalt 8 Airborne ran just fine.

The Cube i6 has a 8000mAH battery, just shy of the 8500mAH unit in the Teclast X98 Air 3G. The 500mah difference is nothing and not even noticeable. The Cube i6 scored some decent times and even bettered the Telcast X98 AIr 3G under Android. No doubt it was the lighter rom that helped.

Playing an MP3 over the loud speakers at the rear I found the volume to be okay, the sound quality from the twin speakers is tiny and lacking bass completely. The 3.5mm jack’s output is clean and without any annoying hiss or interference. Listening to Mp3’s via my headphones sounded great. Oh and remember that this jack only outputs stereo audio, there is no microphone input. So leave the iPad and Android mic remote headsets for your other devices.

Just like the other dual boot tablets reviewed here, 2 megapixels up front and an auto focus 5MP shooter on the rear. Good for skype and the rear takes a decent shot in good lighting. But forget about low light photos here. Outdoor distance shots seemed to look a bit washed out loosing some of the detail. Keep a digital camera or good mobile phone camera around for any real photography. 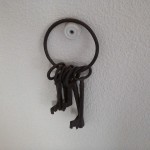 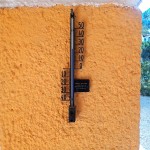 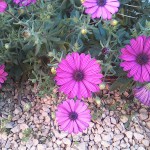 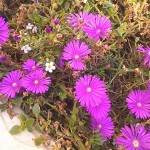 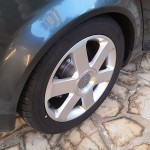 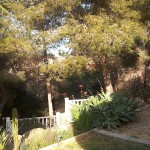 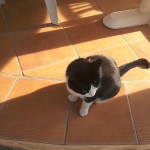 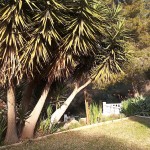 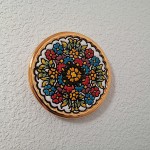 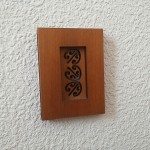 Cube have come up with a high quality dual boot tablet, that switches between operating systems much quicker than the likes of the Teclast X98 Air 3G. The Android rom is one of the best I’ve used, it’s so lightweight no bloatware in sight and a very stock nexus rom look to it. The tablet is only slightly let down by a lack of Hdmi output, no 64GB option and the strange choice in going with a matte screen coating behind a glossy glazed touch screen. If it wasn’t for the last two points, it would be safe to say the Cube i6 is the new king of the 9.7 inch retina dual boots. Unfortunately, Cube didn’t bother to better the Teclast X98 Air 3G. But they sure came close to doing so.