Teclast finished 2014 with a slew of new dual boot tablets, but was the X10HD 3G one too many? 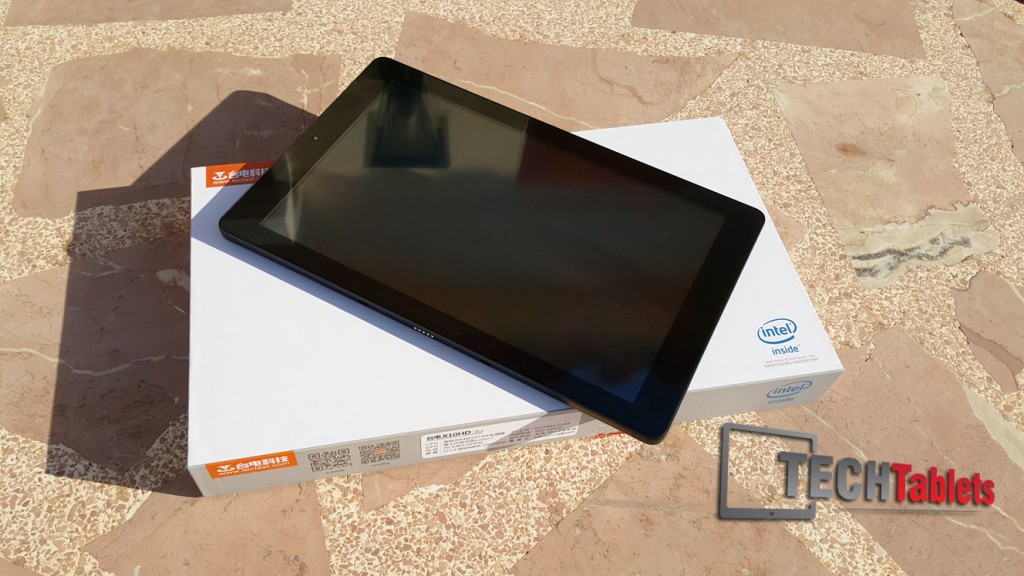 Teclast finished 2014 with a bang, a record of sales with the X98 Air series dominating the “cheap” tablet market. That didn’t stop them pushing out another dual boot tablet, this time the X10HD 3G. A 16:10 ratio tablet aimed more towards people looking for a business looking alternative with a keyboard dock. The pricing Teclast set to was aiming for the more highend market, at around $299 USD it’s not the cheapest dual boot tablet, so there must be something extra to justify the price right? Well, you get a 2560 x 1600 16:10 widescreen IPS panel, with a sharp 299 PPI. Dual boot Android/Windows 8.1 Bing and a 64GB eMMC. Let’s see if it’s worth the extra premium. 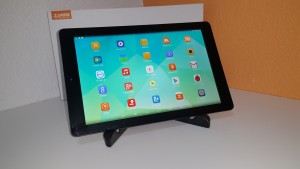 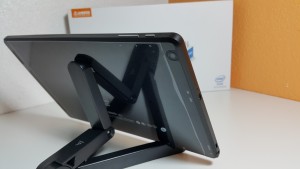 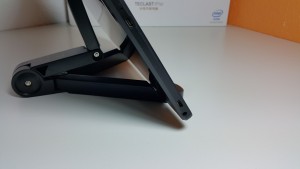 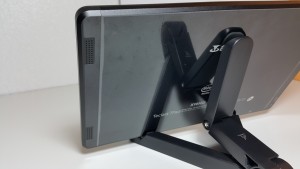 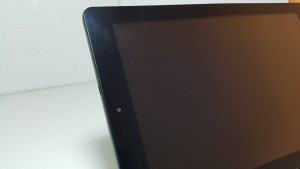 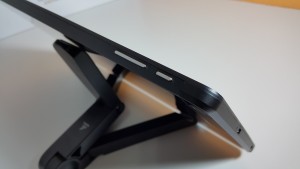 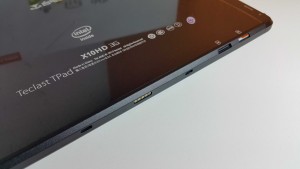 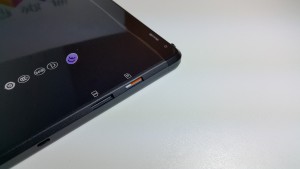 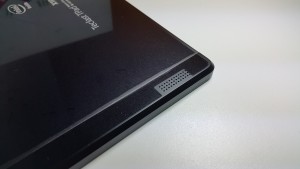 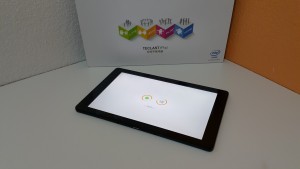 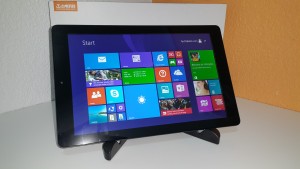 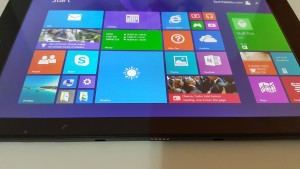 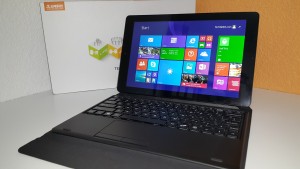 The Teclast X10HD 3G has a black finish, a change from the iPad white tablets they have been pumping out. The rear of the tablet has magnesium alloy metal backing, that has a nice matte feel to it and is quite resistant to finger prints. The bottom of X10HD has a dock connector where you can attach a keyboard, unfortunately our keyboard has yet to arrive and this review will be updated once it arrives. Next to the docking port is a micro sim slot for 3G (2100Mhz) and a microsd card slot. The left side of the tablet is where you’ll find the mircousb and mini hdmi port.

Overall the build is solid enough, but the tablet does creak sometimes where the metal and plastics meet. It doesn’t feel as solid as the the unibody metal back of the  X98 Air 3G

The X10HD 3G ships with a much need boost in storage space from the standard 32GB we are seeing in most Chinese tablets. It has Hynix 64GB eMMC inside and can produce decent speeds for an eMMC 4.5 spec dflash drive, when it comes to free space you get a little more than most dual boot systems, you have around 20GB free in WIndows 8.1 and 13GB internal storage in Android. There is a hidden Windows recovery partition taking up part around 4GB of extra space, but it’s still handy to have it on the system to fully restore the X10HD to a factory state when needed. The 64GB eMMC speeds were benchmarked at the following speeds on our unit: 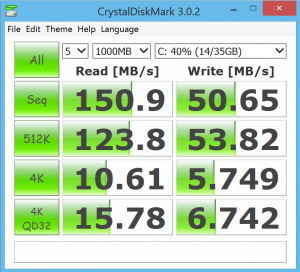 See how the Hynix 64GB eMMC drive fairs against other tablets below tested by TechTablets.com:

On the screen front we have a 2560 x 1600 pixel IPS panel, with a lovely dense 299 pixels per inch, this means the display is really quite sharp and almost impossible to distinguish the individual pixels. What I didn’t like was gap between the screen and the glass, it seems to be a bit larger than the 0.5mm (approximately) X98 Air 3G  gap. And due to this 1mm gap the screen is extremely reflective and very poor in direct sun light. It’s about time we had zero gap laminated screens on these tablets without the air gap as standard. 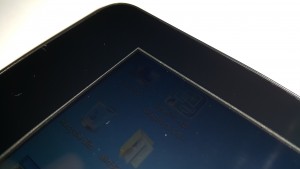 The gap between the screen and glass is very obvious

I found the brightness to be a little brighter than my X98 Air 3G’s iPad Air IPS panel at 280 lux (maximum brightness) and the colors just a good. There is some light color or light bleed on the very edges of the screen when looking at it closely. I noticed this more on the left side of the screen and the black level’s are not as good as the LG 2048 x 1533 iPad retina display of the X98 Air 3G. Allin all the extra pixel density of 299 Vs 264 of the X98 Air 3G is hardly noticeable and I prefer the Air 3G screen due to it’s better black levels. Touch responsive is good and I had no lag of any sorts from the Goodix brand screen digitizer. No complaints here. You can see how the X10HD’s brightness compares against the other tablets reviewed below

As mentioned this is another dual boot device which seems to be the “in” thing at the moment or at least in China. To my dismay I found that the Google Play store was broken on the X10HD when I got it, giving me a rather annoying connection error dispute being on the internet or connected. After some discussions with fellow owners on XDA, it was found to be caused by a bad build.prop this is inexcusable and Teclast should have had this unit tested outside of China for to confirm Play Store would work. 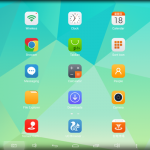 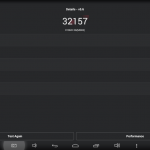 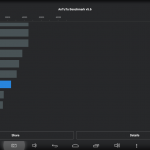 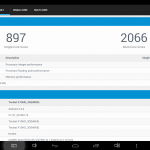 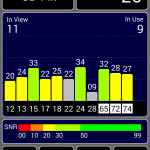 There is a guide on the fix here: https://www.youtube.com/watch?v=S7mHGOmOPTc

Edit: Since writing this review Teclast have an OTA that should fix this issue, run the Teclast Update app to get the fix.

Over all I found the performance in Android to be rather sluggish, it can be put down to a poor first rom and rather slow stock launcher. Android seems to clock the CPU to 2.16Ghz on all 4 cores constantly so the battery life takes a hit and comes out an hour or so less than Windows.

Windows 8.1 Bing with Office 6 month trail was included, thankfully the experience in Windows is much better than Android. I found the default scaling in Windows with a 2560 x 1600 screen @ 16:10 was much better than the 4:3 using 2048 x 1533 tablets. Windows was responsive and for general office tasks and use it’s perfectly fine. Chrome still tends to be a bit slow on this platform so Internet Explorer was a must and the metro version of IE is still the fastest and smoothest browser to date. 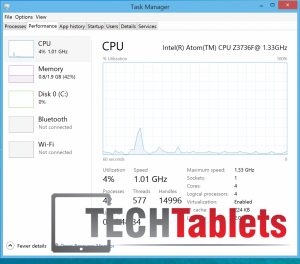 Performance of the X10HD 3G is similar to other units I have tested with Bay Trail soc’s, the Z3736F can boost up to 2.16ghz with 2GB, is good for average office and web browsing tasks and light gaming which I will get into below. Benchmark scores were a little less as expected from the Intel HD graphics chip having to push that higher 2560 x 1600 screen resolution.

The X10HD 3G handled some 1080p MKV, 2K and 4K video clips with ease as seen below. Photoshop CS5 ran, but was a little slow and the scaling in CS5 doesn’t work in Windows 8.1 so the menus were super small to read, a mouse was a must here!

The below benchmark chart showed the X10 HD 3G was just a little slower than other Z373X powered tablets.

Realtek Wireless 801.11n  and Bluetooth combo card is onboard, with a maximum connection speed of 150mb/s I had no issues with the wireless speed and signal quality was good around the house. 3G however I found was slower than my X98 Air 3G, I could only get a maximum of 2mbps download speeds from my location. On the Air 3G with the same sim card I could manage 5-6mbps download speeds. Maybe it was the network at the time, but repeat testing showed it was slower. And 3G will only work on the 2100Mhz band, which maybe an issue for some users in the U.S. First GPS lock took about 45 seconds and once locked was fine. Both GPS and Glonass was working.

Windows store games like Asphalt 8 Airborne were quite playable, however noticeably slower due to that higher screen resolution the little Bay Trail GPU has to render at. It might pay to drop the resolution down before launching some more demanding games if you experience any slow down.

How much of a hit does that 2560 x 1600 screen have on the battery? Well it seems it does draw another 2 watts or so more battery over other models like the Air 3G. There is also an issue with the battery meter in Windows and Android so it will seem to drop really fast, then stick at 7 percent for another 2 and half hours. I managed around 5 hours and 45 minutes in Windows with 40% brightness, Wifi on and browsing the internet. Android on the other hand your looking at a good hour less due to the CPU issue having all four cores running at 2.16Ghz all the time.

On the web camera side of things you have a front facing 2 mega pixel camera and a 5 mega pixel rear camera. The front facing camera is of average quality, but fine for video chat apps like Skype. Here are some samples of the rear facing camera, which took a decent photo that was even better than my Surface Pro 3 thanks to it’s auto focus. 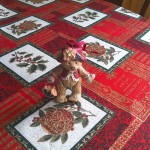 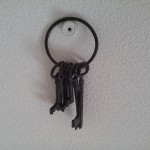 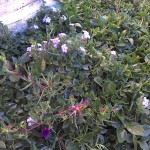 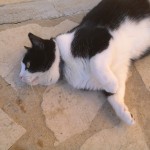 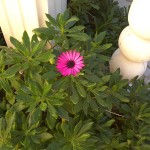 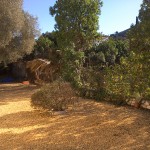 My time with the X10HD 3G was just fine in Windows, but the Android experience was far from good. Shipping yet another tablet with a broken Play Store is unacceptable. And while the sharp and bright 2560 x 1600 screen is lovely to look at it does take a hit on the battery life, so you will need to take that into account. It should have really shipped with a larger 10000mAH battery vs the 8000maH battery used. I found the 16:10 form factor to be a good for movies and video, but I kept heading back to my 4:3 ratio screen on my X98 Air 3G as it just seemed better for browsing the internet. Overall I think if you want a keyboard dock attachment, an extra 64GB of space, don’t mind having to fix the Android rom by installing Nova or Apex launcher and fixing the play store it’s still a decent buy.