I’ve ordered the Xiaomi Mi Max 2, and I hope tomorrow it will ship out so I can receive it an early net week. I’ve been using my Mi Max since day one, now over a years use and it’s holding up well if a bit beat up from me dropping it about 5 times. It’s got a great 1080p screen, super long battery life and an okay build, but not the strongest. But the camera on it really sucks my biggest complaint. Overall I really like the phone, but when I need a decent camera I then use my Galaxy S7.

The Mi Max 2 it’s successor lots to fix all the problem areas. Improved camera, a Sony IMX386 sensor, 1GB more RAM, base storage doubled from 32GB to 64GB & 128GB max with MicroSD support on both. The housing is now unibody with antenna lines, stronger and we have a type-c port. Lastly, they even added in a front facing speaker in the earpiece, just like the Mi 6. The battery has increased from 4850mAh up to 5300mAh. 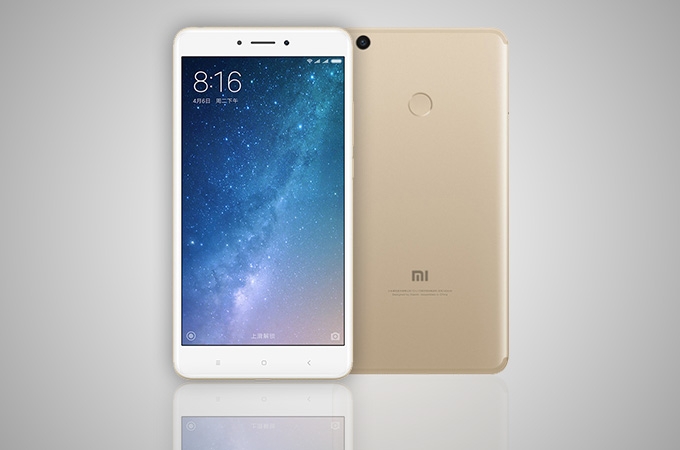 However, there is one con I see so far. The move not to use a Snapdragon 630 or 660. Cost or it just wasn’t ready in time is the excuse, so it will be a downgrade in performance from the Mi Max. Moving from the Snapdragon 650 to the 625 isn’t a massive step down, but it a bit slower. Still, the Qualcomm Snapdragon 625  is a very efficient chipset. The Redmi Note 4 & 4X using this chip give some great battery life results. I was able to get over 13 hours continued screen on time or almost 3-4 days medium use. And that’s a 4100mah battery. 5300mah, 1080p & Snapdragon 625 should give some crazy battery life.

Gearbest has it listed already, but it’s not in stock and for now, it seems the only place to get it is from Aliexpress. It’s selling now just over $310 to $400 USD. It only just released today in China, so it’s normal it’s expensive. Give it a few months that price will drop.

Once I get mine I’ll be putting it through my review tests, compare it to the Mi Max and also test just how long that huge tablet sized battery will last. Maybe even a camera comparison, but I know the Mi Max 2’s camera should beat it at everything.