Since the Razer Phone came out last year, many phone manufacturers have been working to bring their own gaming phone into the market. Of course, some are very pricey such as the ASUS ROG Phone ($899) and Razer Phone 2 ($799), while others like the Xiaomi Black Shark Helo and the Nubia Red Magic Mars launched today want to be more “budget-friendly” options.

The Nubia Red Magic Mars does indeed pack some impressive specs for the price and it’s one of the few phones that can brag about having up to 10GB of RAM, just after the Xiaomi Mi MIX 3 and the previously mentioned Black Shark Helo. That insane amount of RAM is paired with a flagship Qualcomm Snapdragon 845 which is kept fresh by a cooling system called “ICE”, basically two heat pipes with convection cooling, so it’s expected to perform great pretty much all the time.

This beastly hardware powers an averagely sized 6-inch IPS LCD Full HD+ display surrounded by some quite thin bezels for a gaming phone. Around its frame we also find a couple touch sensitive areas that act as shoulder buttons, these are really useful when playing FPS games such as – you guessed it – PUBG or Fortnite. The gaming experience is then made even more immersive with a linear motor that creates an additional haptic feedback and stereo sound speakers with support for DTS 7.1 audio.

Just like many other gaming phones, also with the Red Magic Mars we also get some dedicated accessories such as a pair of Bluetooth controllers, an USB Type-C to USB Type-C and 3.5mm audio jack adapter (to charge it and connect headphones at the same time), a pair of earphones with an add-on microphone and other accessories. 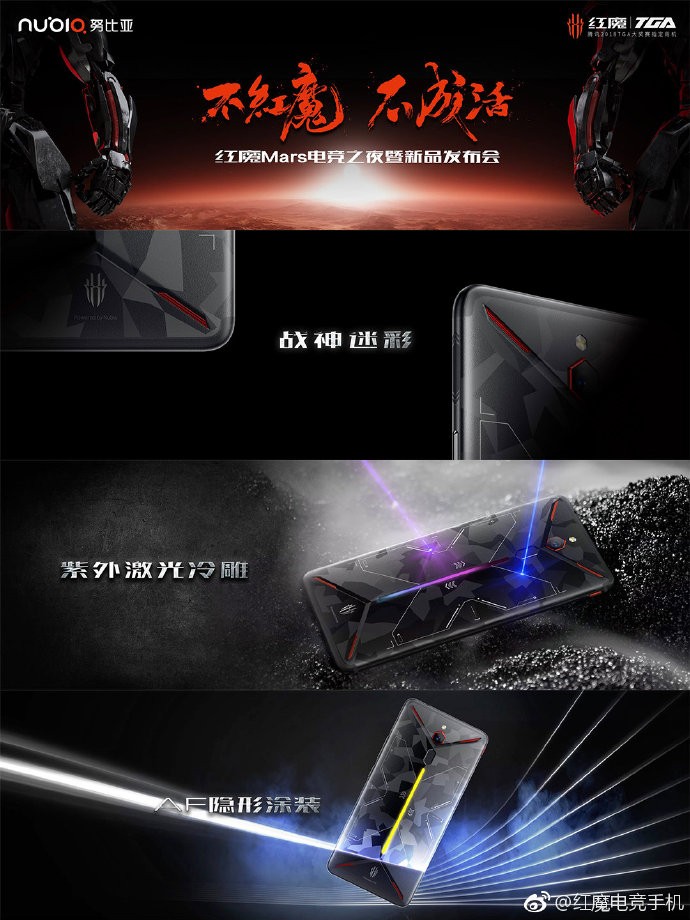