New, well not really. I see it’s an upgraded Pipo W4, with and a new 64GB eMMC size. The rest of the specs remain unchanged. Atom Z3735F (1.8Ghz)  2GB, the usual, see the specs below. The key stand out feature is the 1920 x 1200 Samsung PLS screen. With the release of Windows 10 so close, I would have though they would be holding off on new releases. 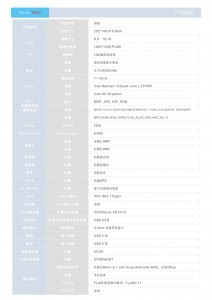