Via Cube’s Weibo today, they have released the iwork8 with a minor change. Just the new Cherry Trail X5 Z8300 is now at its core promising at nice boost in graphics capabilities.

Other specs all remain the same an 8″ IPS panel with a 1280 x 800 resolution, 2GB of RAM + 32GB eMMC, micro HDMI, MicroSD slot and wireless N/BT 4.0 combo card. It looks to have lost 3G unlike the Bay Trail version I reviewed a while ago. And it would seem it’s only running Windows 10 and not dual boot at this point, who knows this could change later in the year.

Cube even compare it to the Surface 3… Press images below: 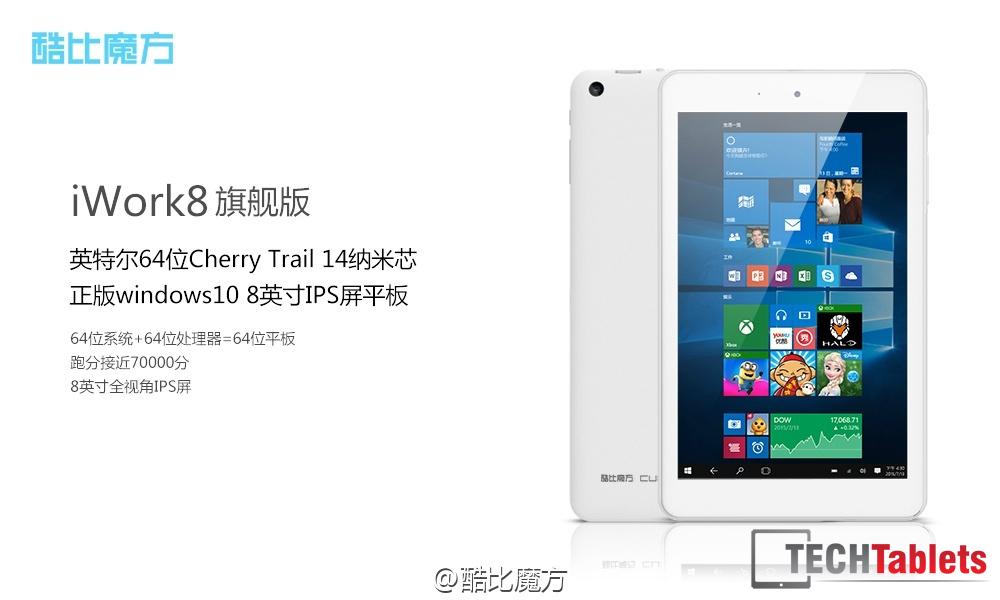 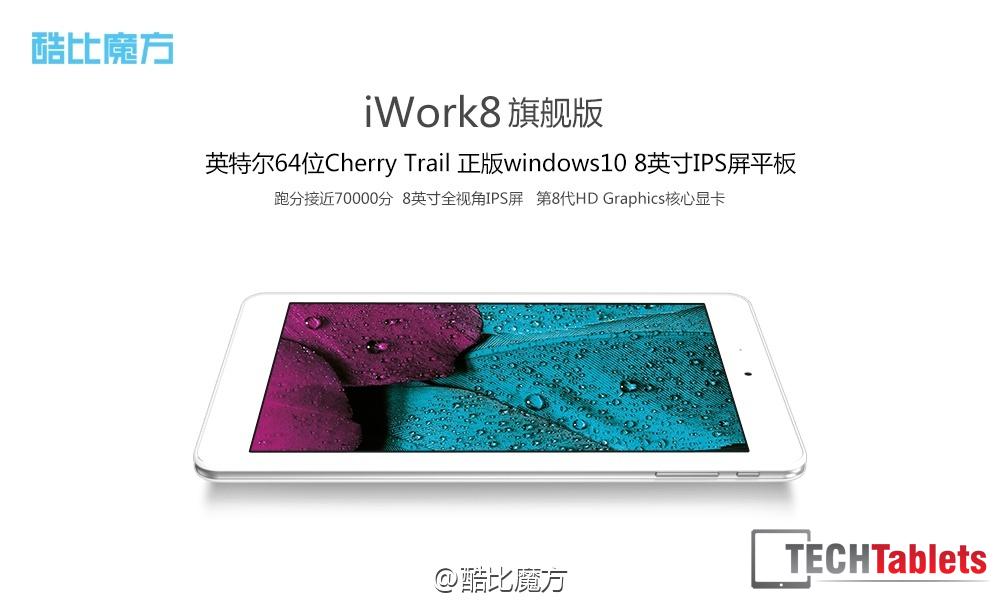 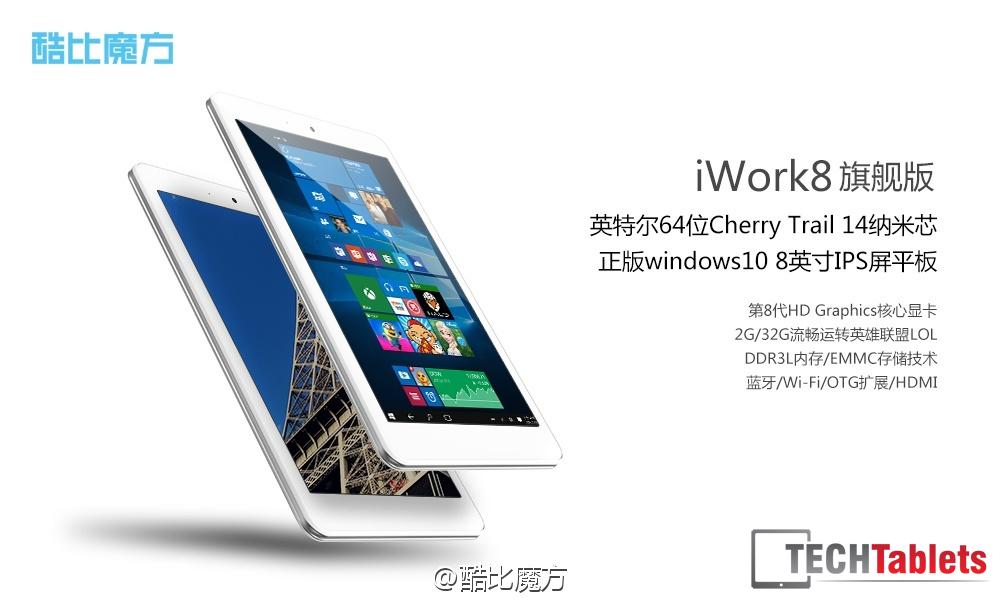 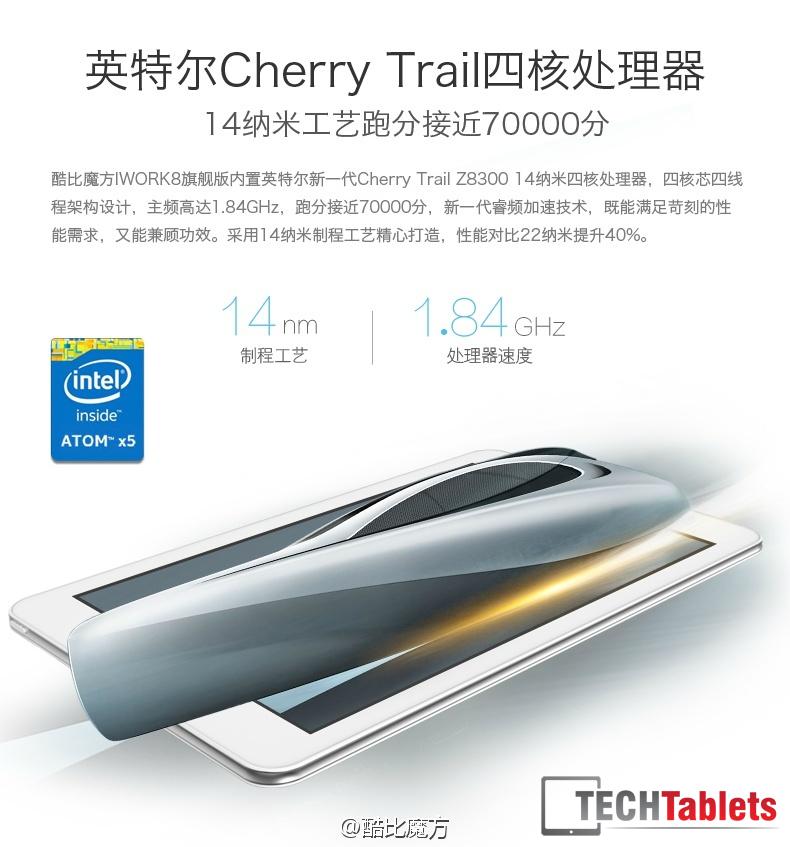 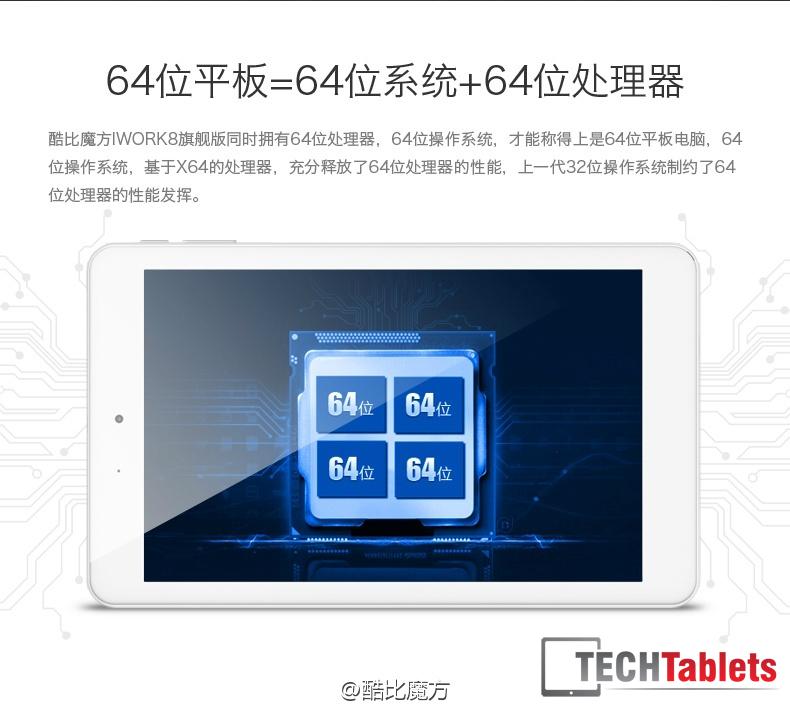 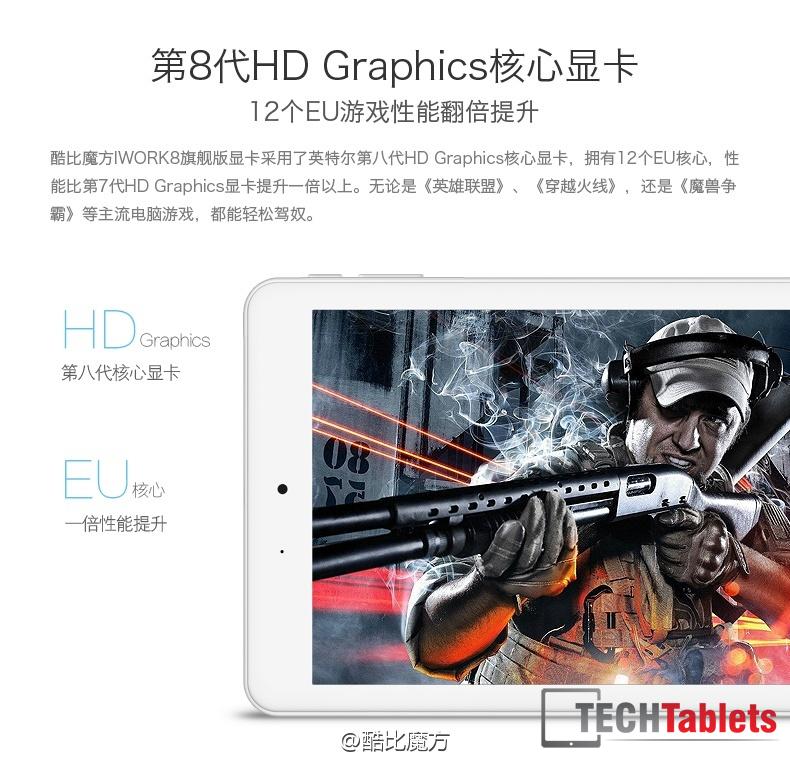