In a Weibo from Cube today, the Chinese tech company announced it will host a conference on the 14th. The theme is Tablet PC core era, which I think means Intel Core M Skylake era? 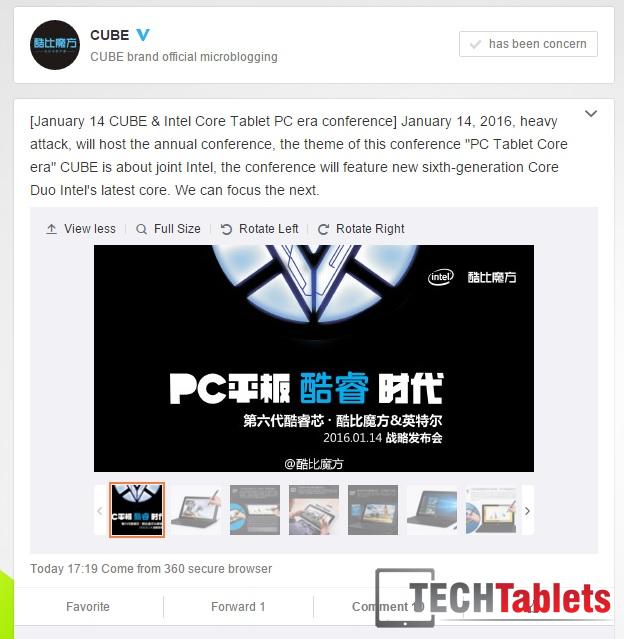 So it sounds like they will be annoucing their new Cube i9 or i7 Stylus Skylake M3-6Y30 refresh? Either way an Intel Core M3-6Y30 is a nice step up in performance as seen in the Surface Pro 4 M3 and other Core M3 tablets

I only hope the annoucment will include such specs as Wireless AC and a fully laminated display in the next Cube flagship. Hell, maybe even a USB 3.1 Type-C port for future proofing?

My guess at the next Cube Core M3 tablets specs: