Benchmark cheating isn’t a new thing in the mobile world and it’s probably the same in any other areas where “scores” are important. That said, the latest news coming from UL Benchmarks are quite discomforting.

According to the company specialized in benchmark software, the Chinese phone maker – Huawei – and its sub-brand – Honor – have indeed been cheating on various benchmark platforms, including GFXBench and UL’s offerings. So, after testing various handsets in the phone manufacturers’ portfolio, they confirmed that some devices have breached their rules, thus they decided to delist the affected models and remove them from their performance ratings.

The models that have been delisted after UL’s thorough tests are the Huawei P20 Pro, Huawei Nova 3 and the Honor Play. Meanwhile the Huawei P20 has been banned based on AnandTech’s testing and reporting.

Now, the devices mentioned above, appear without a rank or a score and they’ve been placed at the bottom of their most popular list of “best smartphones”, which sounds like a walk of shame.

Getting down to the nitty-gritty, we learn that UL Benchmarks used a private version of the renown 3DMark benchmark to test Huawei phones off the grid and then compared the results to those achieved through the public Android app. And well, the differences were appalling.

The scores from the public app were indeed up to 47% better compared to what they managed to achieve on their private app. They then explained that this was possible thanks to a hidden “Performance Mode” that understands when the benchmarks kicks off and boosts the smartphone’s power profile. 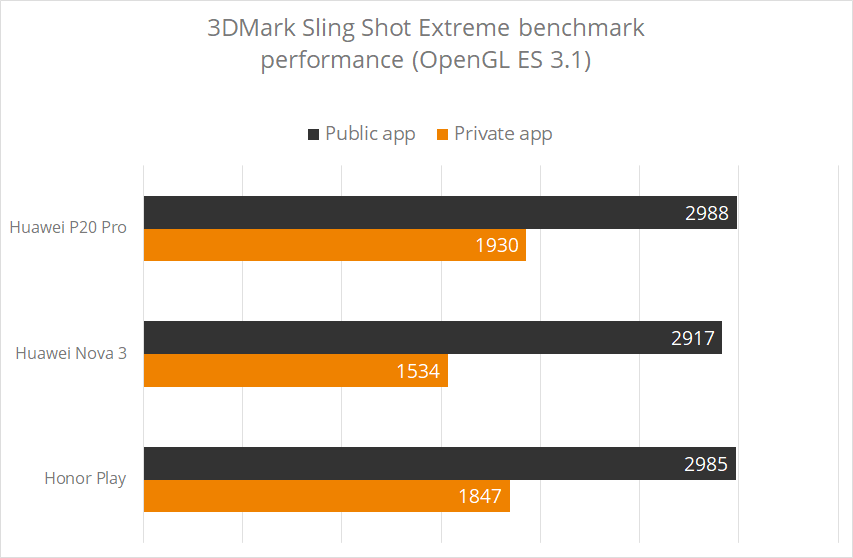 UL Benchmarks made clear that having a “Performance Mode” isn’t forbidden in and of itself, but it has to be an option the user can enable or disable and that it doesn’t auto-start when a benchmark begins. As they say “a device must run the benchmark as if it were any other application”.

What do you guys think about the matter? Should UL Benchmarks keep Huawei phones at the bottom of the list indefinitely? Let us know down below!