This is the best price so far the Xiaomi Mi Notebook Pro has hit since its release. The 8GB/256GB version is now $829 USD or 665 euros for certain EU counties. Which is a great price considering there is nothing here in Spain for 665 euros comes even close to its spec of this powerful ultrabook. 8th Gen i5 8250U, 8GB DDR4 RAM, 256GB Samsung NVMe SSD, Wireless AC and the Nvidia MX150 GPU with 2GB DDR5 RAM.

There is the EU priority and also in Spain the Spain Express option that comes tax-free. I’ve used it plenty of times before, the only downside is it takes 2 weeks to arrive, normally too slow for my reviews.

I’ve just tested the code myself and confirmed working for now (Spain and everywhere else). For everyone else it’s still $829, you just have to use coupon  MIBOOKPRO and the HK Warehouse not China.

And for those of you, that really want to push this i5 8250U CPU to perform like an i7 7700HQ< you can still tweak the power limits if you downgrade the bios. Info on that in this post. Downgrade Xiaomi Mi Notebook Pro bios. (See the comments section) make sure you check out my Mi Notebook Pro Review.

Such a good deal I got one for the wifey, she can use some stickers on it for her Spanish keyboard layout. Nice upgrade from an i5 6200U ASUS with a 768p TN panel… 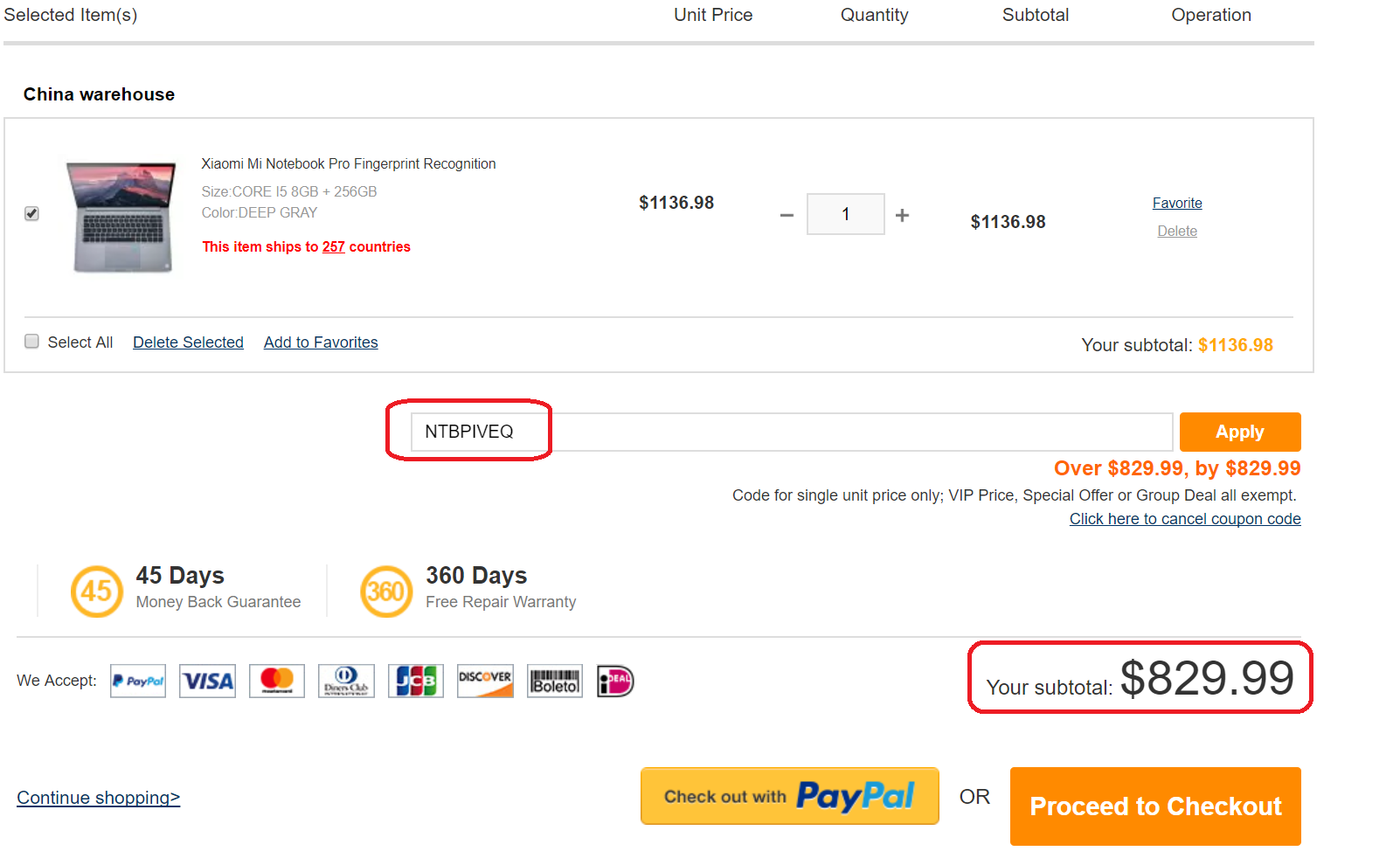