One of the most talked about chips in the history of mobile technology has been finally launched today and – as the latest rumors suggested – it won’t be called 8150 but it’ll instead follow the already running naming scheme: meet the Qualcomm Snapdragon 855.

The new Snapdragon 855 utilizes a 7nm manufacturing process that will bring lower power consumption, thus better battery, while still performing better than the predecessor (leaked score of 343000 on AnTuTu). There are also improvements on the AI side, the company claims it’ll now be “up to three times more powerful” compared to the Snapdragon 845. 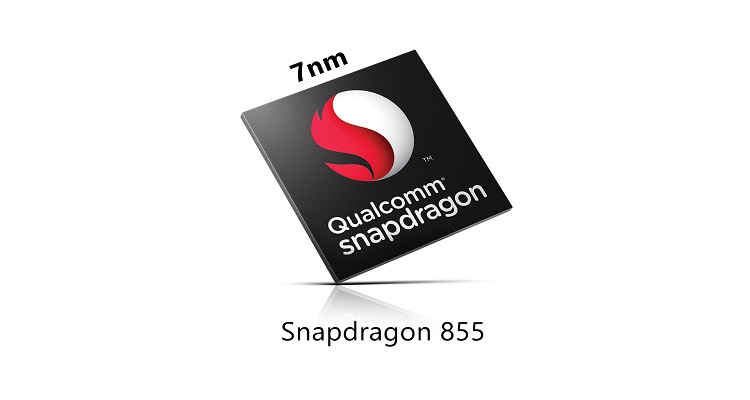 But that’s far from being the only improvement, the new chip now has an upgraded dedicated vision processor (Spectra) that can process depth data at 60 frames per second, which means better performance in AR (augmented reality) tasks and we suspect it could be used to record videos with a built-in bokeh effect. Meanwhile ordinary videos can now be recorded at 4K HDR 60fps with just 25% of the processing power used before.

We then have Qualcomm’s new under display fingerprint scanner called 3D Sonic Sensor, this scanner utilizes ultrasonic technology to read fingerprints through the display and glass, plus it can recognize them even when yours hands are wet or dirty.

Finally, the biggest innovation we expected to see on the Snapdragon 855 – 5G connectivity – is only partially there. The chip will indeed come with an integrated Qualcomm Snapdragon X24 LTE Modem for up of to 2Gbps in download (theoretical), but if manufacturers want their smartphone to use the 5G network they’ll will have to pack in a separate Snapdragon X50 modem as well.

As we can see in the tablet above, Qualcomm went with a 1 + 3 + 4 core design, which means there’s one powerful core (Cortex A76) with 512kb of L2 cache clocked at 2.84Ghz that will come into work in more resource hungry tasks, meanwhile the other three “middle” cores (Cortex A76) have 256kb of L2 cache at 2.42Ghz and finally the four small cores (Cortex-A55) top at 128kb of cache and 1.8Ghz clock speed.

Other upgrades include the Adreno 640 GPU and the Hexagon 690 DSP.

What do you guys think of the new chip? Are you satisfied with the upgrades or did you expect more?

We’ll update the post as more details get unveiled.