Update: 2nd Feb. The official Voyo page is live: http://www.myvoyo.com/chanpin/pingban/559.shtml Interesting to note that 4G is mentioned and there is a sim read slot on all models? So even if the base model doesn’t have 4G, we might be able to add a Mini PCI-E LTE card? I’ll do my best to order and review this one once released. As it is my Atom X5 X8300+4GB version should arrive on Friday.

Spotted this today when looking for the Cube i9. My search of Core M3-6Y30 brought up the Voyo vBook V3 Ultimate Stylus M3-6Y30, 64GB and 128GB SSD versions. So it would seem that Banggood.com has accidently leaked a new version of the Voyo vBook V3? The vBook v3 is a 13.3″ version of the Onda oBook 11 I reviewed. Like the oBook 11 the vBook is a similar clone to the Lenovo Yogo 2, down to even that horrible orange color, but has the cool 360-degree hinge that can turn it from a laptop into a bulky tablet or let you use it in presentation mode.

My Onda oBook 11 review brought up the usual Onda issues, bad battery life, among troubles like faulty USB ports and high pitched noises. But the design itself and build was good, so the ODM that makes this shell or base model did a good job, Onda just completely botched it up with thier own internals. But it left me thinking a Core M version of this design would be great. And well, here is.

The listing on BG says it will have stylus support too like the vBook V3 Atom X5 Z8300 + 4GB Cherry Trail model. 4GB of RAM, 64 or 128GB SSD. It’s priced at $415 which makes for an interesting Cube i9 alternative. Hopefully, we’ll see more Intel Core M Skylake tablets and hybrids soon, Teclast, Chuwi?

I’ve already ordered the Cherry Trail version of this notebook, to review it’s $279 so almost half the price of this spec, but it’s only running the lower end Atom X5 Z8300 and 4GB of RAM. 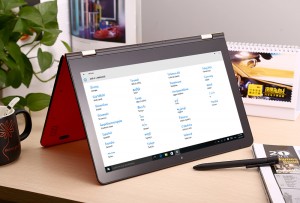 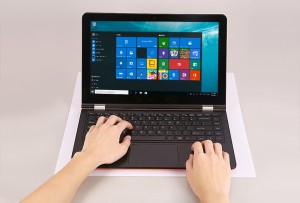 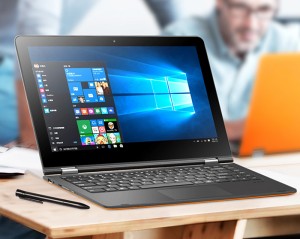 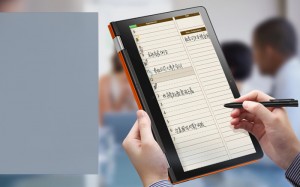 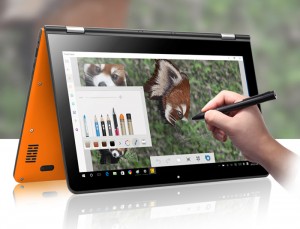 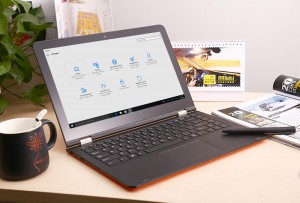