Cube has today formally announced the Cube i9 in a press conference in Shenzhen, China. The Cube i9 is the successor to the Cube i7, it’s a large 12.2″ Surface Pro 3/4 clone with a 6th Gen Intel Skylake Core M3-6Y30 fanless processor. 4GB of RAM and 128GB SSD. It’s the same processor used in the Surface Pro 4 M3.

The screen is an IPS 1920 x 1200 panel and the tablet has a design very similar to the Surface Pro 3 or 4, with a 2 position kickstand and keyboard type cover style dock.

The tablet also features a full sized USB 3.0 port and a USB 3.1 Type-C port. What I can’t seem to see is if it has dual band wireless and is that 1920 x 1200 screen fully laminated? It also have dual left and right speakers, d/c in charging and MicroSD card slot. HDMI looks to be via that type-c port.

There are a couple of disappointments, it’s a shame there is no stylus support and it’s not taking advantage of the Surface Pro 4 2160 x 1440 screen as seen in the Chuwi Hi12. We can only hope that the Hi12 gets a Core M3 version or Cube releases a i9 Stylus version with stylus support like they did with the i7.

The tablet will sell for 2999 yuan in China, which is around $455, Cube’s most expensive tablet yet. No word on the release date. 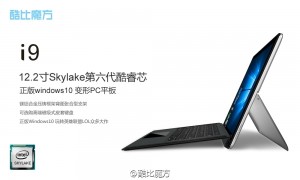 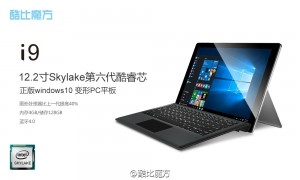 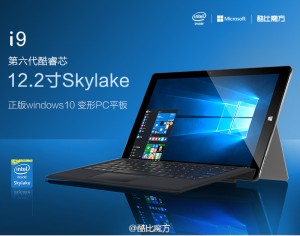 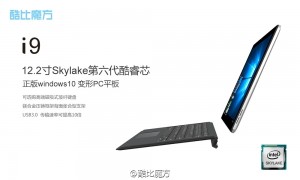 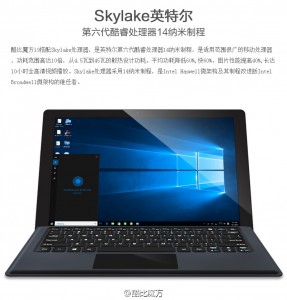 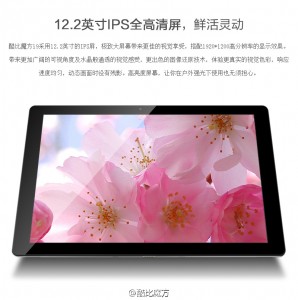 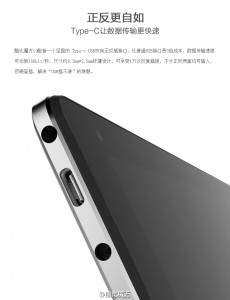 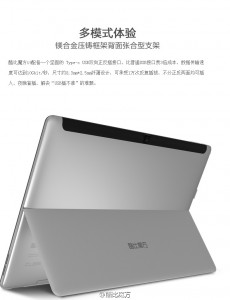 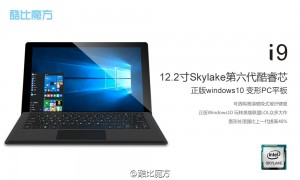 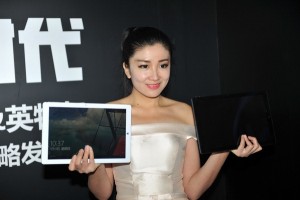 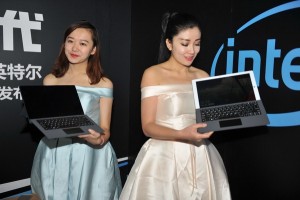 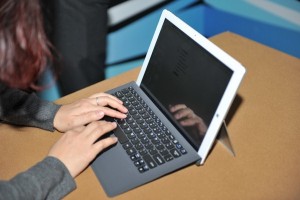 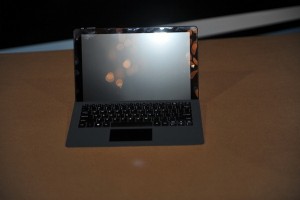