Intel has officially announced the new Apollo Lake successor the Gemini Lake, this new Pentium Silver and Celeron branded SoC’s are what will be powering next years new tech. More than likely we will see the new Celeron N4100 powering almost everything. As this is the direct Celeron N3450 replacement and the Pentium Silver N5000 will replace the N4200 which we rarely saw due to N3450 being the real sweet spot for performance and price. 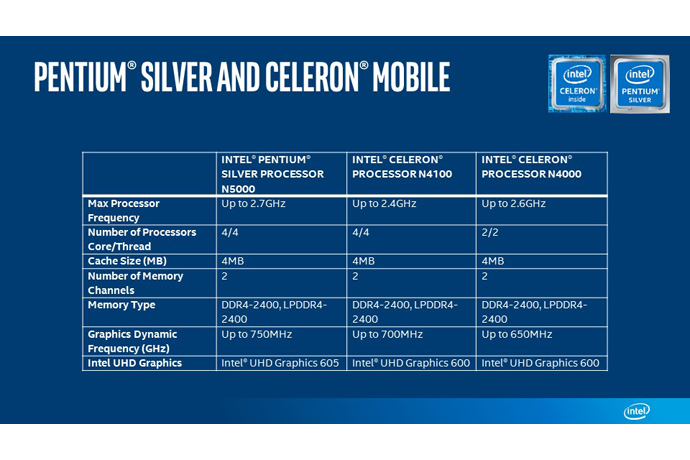 The new chips bring Gigabit WiFi (2×2 Wifi AC), 200Mhz faster boost clocks over the current Celeron & Pentium Apollo Lakes. 1Mb more cache, 4-way decoding (previous is 3 way). RAM of LPDDR4 2400Mhz and DDR4 2400Mhz so this a big step up in RAM speed and bandwidth or DDR3 1600Mhz. And HDMI 2.0 support. I’m looking forward to testing these and expect an overall step up from the Apollo Lakes by around 15% in real-world use. Intel hasn’t given out much more than this, the chips are officially released today. So expect new Gemini Lake models to be announced in a month or two.