Alldocube has released their own budget Helio X20 ten core tablet. This has 4G, dual SIM slots plus MicroSD support. But the more limited Chinese 4G bands. Only supporting bands B1, B3, B38, 39, 40 and 41. Lucky for me 4G will work in Spain but some it will not and you’ll be stuck on 3G only. This tablet is based around a 10.1″ JDI 2560 x 1600 IPS panel, with a 16:10 aspect ratio. It looks like it’s also not fully laminated which isn’t great as the other Helio X20 models are. And the battery is only 6600mah so will be good about 6-7 hours depending on what you’re doing (best case scenario) Worse case, like gaming you could easily halve that figure.

There is GPS on board like the mobile phones that use this chipset so could be used as a big navigation tablet and it has Wireless AC and BT 4.2. The Mali T880 MP4 is clocked to 700Mhz so not quite as high as the 750Mhz Chuwi Hi9 Air. It has a 2MP front camera and 5MP autofocus rear camera. Normally these are quite rubbish in quality tablet cameras and only just okay for Skype calls and the like. 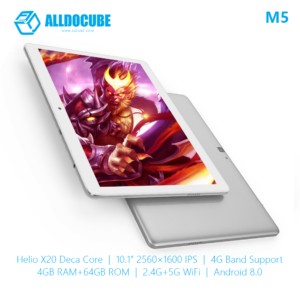 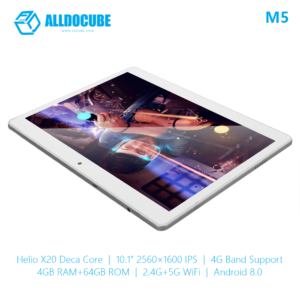 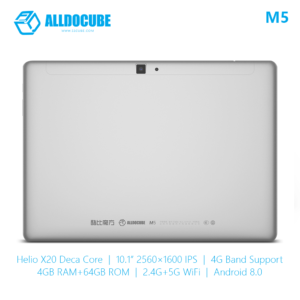 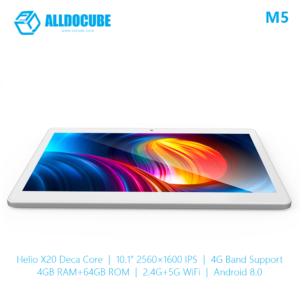 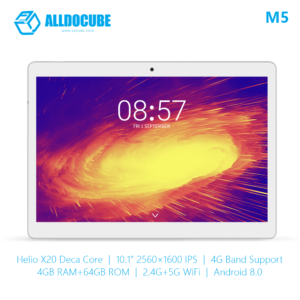