Onda’s build quality as of late as been pretty bad, I wonder if they have improved things with this new 9.7″ housing? But still only a 7200mAH battery, that’s less than the Teclast X98 Pro’s and the Pro’s battery life isn’t wonderful around 4-5 hours.

At the best part is the price, Onda said it will sell in China for 999 Yuan which is about $158 USD. So hopefully around $180-190 from sellers on Aliexpress and other online retailers. We should see the tablet listed in the coming week.

Images from the Weibo: 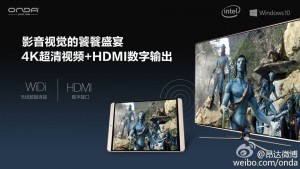 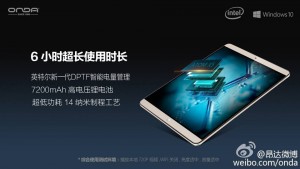 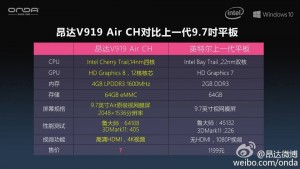 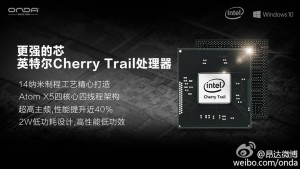 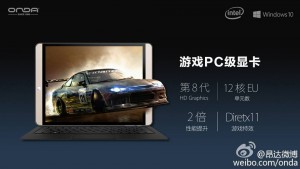 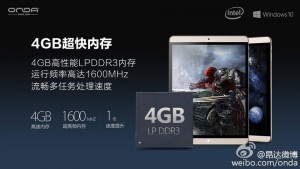 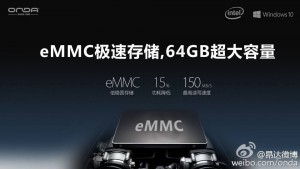 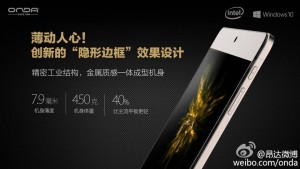 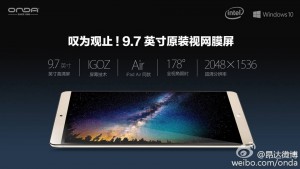 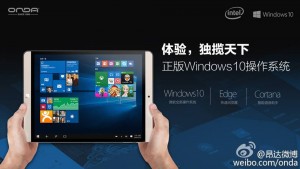 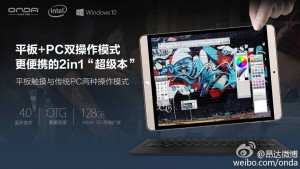 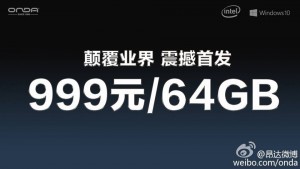