The Intel Apollo Lake Celeron and Pentium series is a nice step up in performance over the Atom X5/X7 series it replaces. And recently I’ve reviewed some new Apollo Lake notebooks, the Chuwi Lapbook 14.1, the Voyo Vbook V3 (With its Yoga 360-degree hinge) and the Jumper EZBook 3 I’m currently using and working on reviewing. 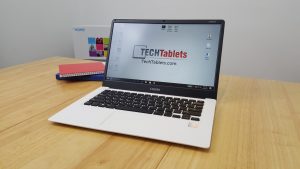 These three models are now on a limited sale at Gearbest, the Celeron N3450 powered Lapbook 14.1 is now $209 with coupon ChuwiLapA, but limited to the first 20 units then it’s $229 for the next 50 units. This is the cheapest it has been to date even at the $229 price. I have this with me now in New Zealand with an M.2 SSD and my thermal mod it’s running great I’m really enjoying it. Make sure you see my review for it here: Chuwi Lapbook 14.1 Review. 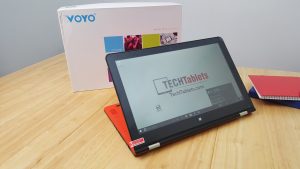 Then there is the Voyo Vbook V3, the fastest of these three with the Pentium N4200, with a turbo of 2.5Ghz and 18 EU cores on the GPU. It also has an SSD, with 128GB and that Yoga style 360-degree hinge. I found the screen is little on a dull side and the keyboard isn’t the greatest. This one is limited to 10 units at $299 then $319 for 50 units using coupon VoyoV3A. My review of the Vbook V3 (Apollo Lake) is here. 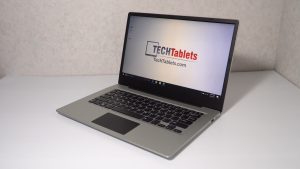 The  EZBook 3 from Jumper, so far it looks okay, I’m currently reviewing it. The keyboard isn’t as good as the Lapbook 14.1’s which I really like. But the screen is similar and there is a spare M.2 slot for an SSD upgrade just like the Lapbook 14.1. It’s cheaper at $209 with coupon Ezbook3A but it has a dual core CPU, the Celeron N3350. So not as good at applications that take advantage of multicores like Photoshop or GIMP for example. And unlike the other two, it lacks wireless AC, this one only has wireless N. However it has a copper heatsink and doesn’t get too hot.

These deals and more on the power notebook sales page.