The EZBook 3 Pro which is currently being tested by me ready for it’s full review next week has gone up in price at GearBest to over $300 again. However, thanks to Sportnok in the comments, using coupon EZ3PRIT lowers the price down to $219. Note that this is the same model I’m reviewing but there is a big difference, this one lacks the M.2 spare slot. So it’s not possible to expand on that 64GB eMMC 5.0 drive it has. The $219 EZBook 3 Pro deal is here, just add the coupon on checkout for the discount. 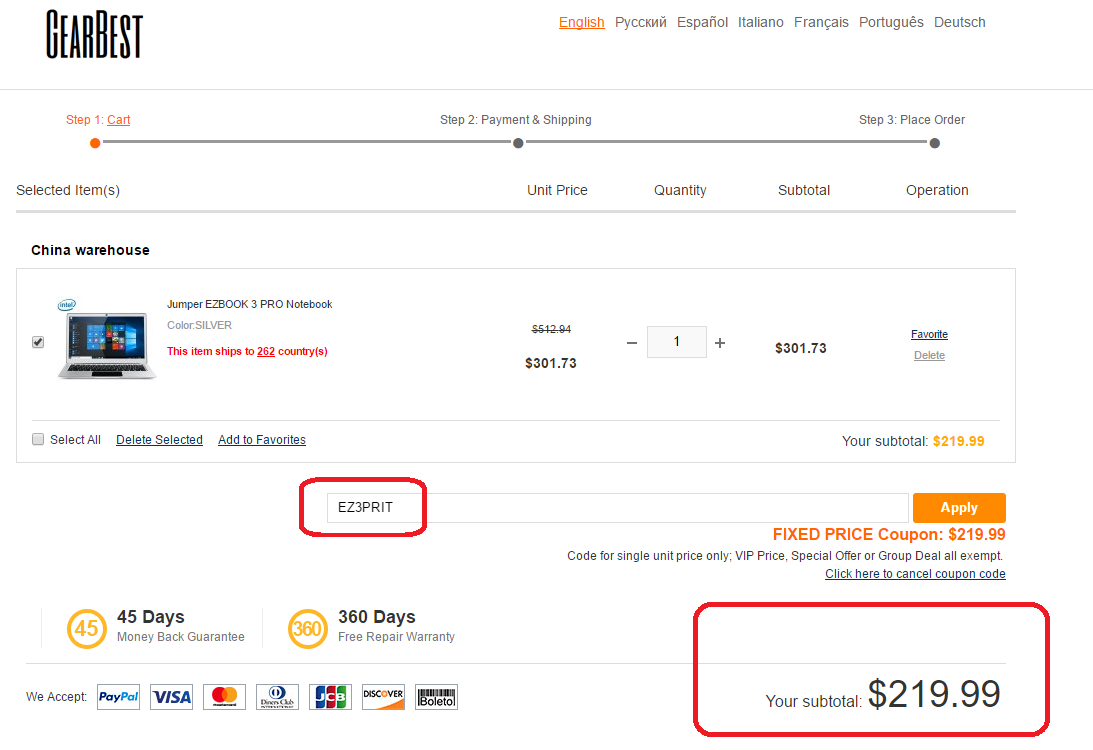 And if you want the SSD m.2 slot you’ll have to get it from the Aliexpress Official Jumper store. By the way, those asking about the eMMC used. On my unit, it’s a Toshiba eMMC 5 spec with 270MB/s reads and 70Mb/s writes. So a lot faster than the eMMC 4.4.1 drives seen in the old Atom tablets. So far it’s looking like a great Apollo Lake laptop, one of the best with only a couple of minor complaints. The screen should be a little brighter (But since it’s anti-glare it’s not a deal breaker) The USB ports should be spaced out a little more from the 3.5 and D/C jacks. And the MicroSD slot is only USB 2.0 spec, so limited to 24Mb/s max speeds. You’ll need a USB 3.0 reader to get max speeds from your cards.