There really hasn’t been a lot of new budget tech to feature lately, at least of real interest. But this is the normal end of the year slow down has hit. But I did order a few interesting laptops from unheard of brands that aren’t really budget laptops. They both finally arrived today, no DHL express for these ones due to import taxes and fees from DHL. I haven’t had time to do my normal unboxing video and hands-on yet, maybe in the next few days before their full review in a good week or more.

This little 7″ laptop is powerful for its size and feature packed. I’ve been looking forward to this one. Powered by a new 8th Gen Core M3-8100Y, the first I’ll test it has over twice the power of the above Celeron N4100 laptop. It also runs 8GB of RAM and has a much quicker NVMe 256GB SSD. Intel wireless AC 3165 which isn’t as fast and it has type-c USB 3.1, micro HDMI, a USB 3.0 port and MicroSD slot. 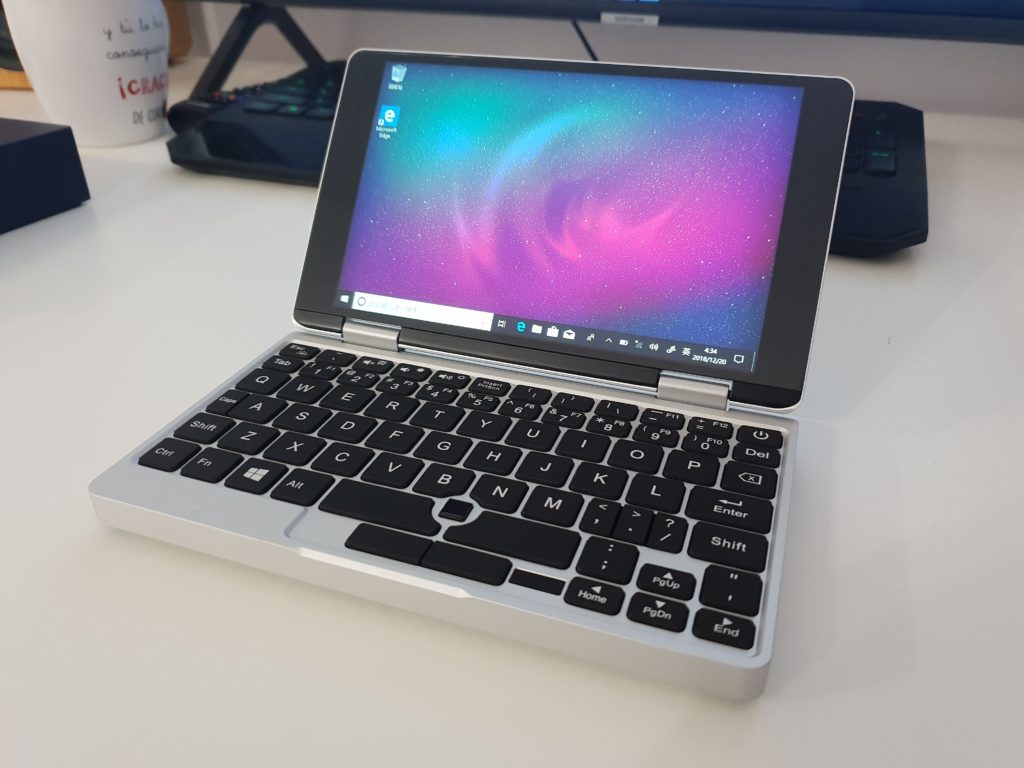 The 7″ screen is fully laminated, 1920 x 1200 with a sharp 324 PPI. It has touch and stylus support, although my stylus which I bought at the same time still hasn’t even shipped! This little laptop is so tiny, but it is super portable of course, just over 500grams and could be used as a mini PC docked up to a monitor, keyboard, and mouse. Which is my planned use if I end up keeping it. There is even a small finger TrackPoint which is optical for a mouse and a fingerprint reader.

So far the performance is very good, it’s snappy, quick to load everything with a 1300MB/s read SSD. There is a tiny fan within it that can get quite loud, having to cool the dual-core, four-thread Core M3-8100Y that can turbo as high as 3.4Ghz. 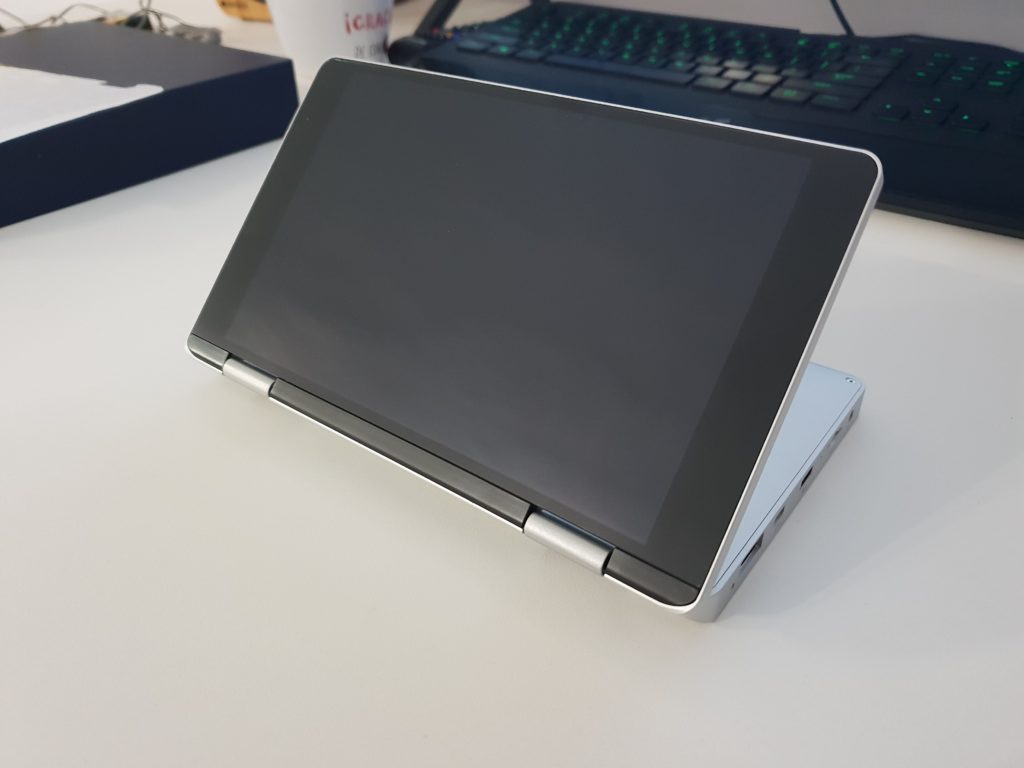 The screen unlike the GPD Win 2 I reviewed flips around 360-degrees converting this into a small, bulky Windows 10 tablet. The shortcomings of such small laptops are well known to me after reviewing the GPD Win 2. The keyboards are tiny, but this one for what it’s worth is tweaked and much better than the GPD Win 2’s, yes it’s still a pain to type on but saying that after a few hours you do adjust to it. But I wouldn’t want to write a full essay on this thing! Same goes for the mouse optical pointer, it’s useful, it works, but hardly ideal and a bit fiddly. 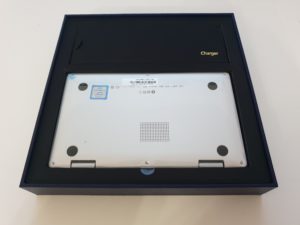 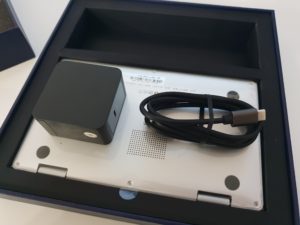 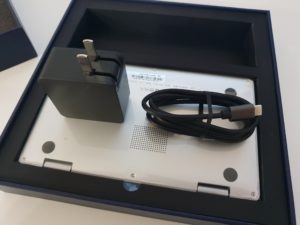 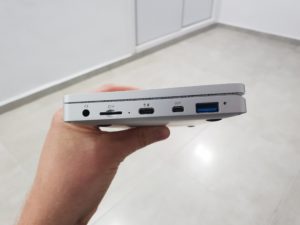 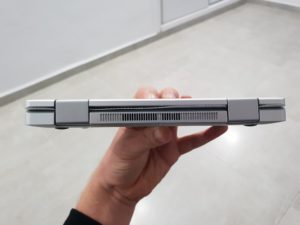 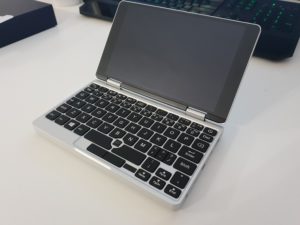 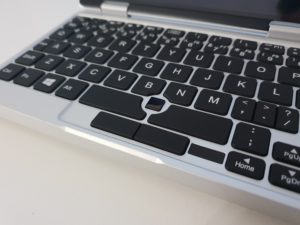 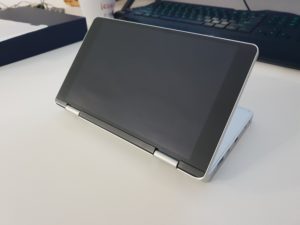 The ports are all on the right side, the fan exhaust at the rear and the intake on the bottom. It’s well presented and the build overall is very good. I got this one from Banggood here, it’s $602 with coupon 0b1739

This brand I doubt you would have heard of, I hadn’t until it was spotted online. This one I’ve taken a punt on like a lot of tech I review on the site. The Xiaomai (Not Xiaomi) 6A has the Gemini Lake N4100 , 8GB of RAM and a 256GB SSD. The interesting thing with this laptop is it has a dedicated GPU, an Nivida MX150. The same Pascal Nvidia GPU with 2GB of DDR5 RAM as seen in the Xiaomi Mi Laptop Pro. It’s also the 25W version, not the crippled 10W one. 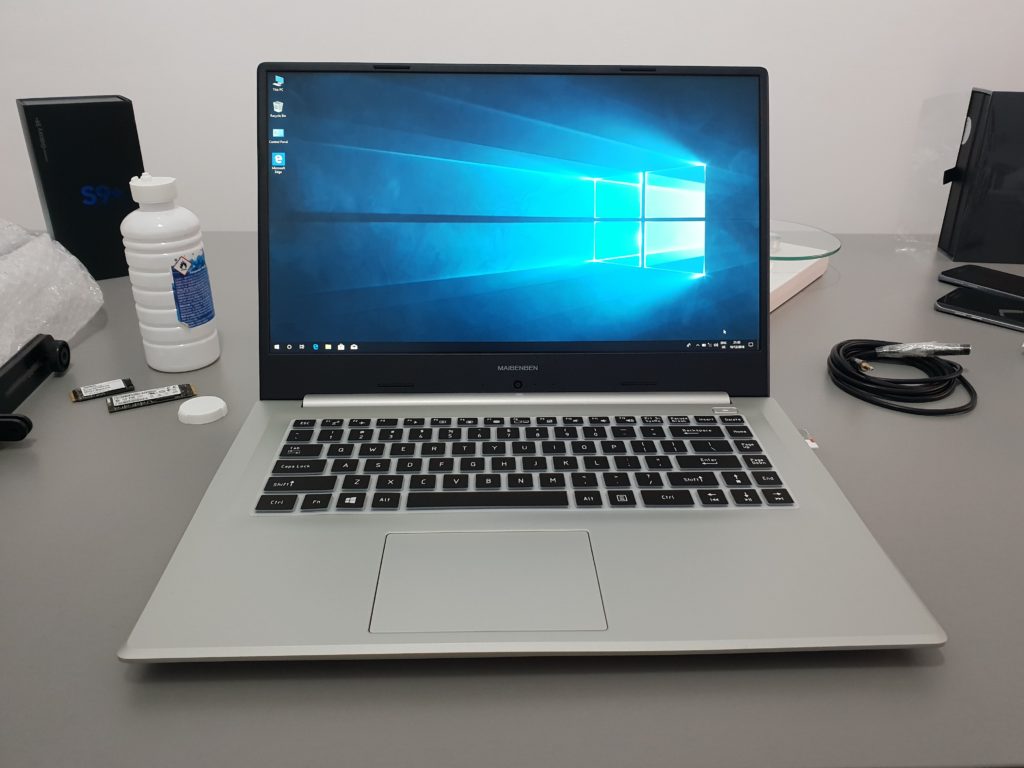 The other interesting features of this laptop are it has upgradability, which is something we hardly ever see. Upgradable RAM, I installed an extra 8GB of DDR4 to help the weak Celeron N4100 so it now runs 16GB. The wireless card is an Intel 9462 with BT 5.0 but it could be swapped or upgraded. And then there is the storage, 22mm x 80mm SATA3 drive can be upgraded. And a 2.5″ SATA3 bay for adding larger slower HDD’s or another SSD.

It has thin bezels top, left and right around the 15.6″ IPS screen which is matte coated. But the bottom bezel houses the webcam in a Dell XPS fashion and isn’t the best angle (looking up your nose). The keyboard has well-separated keys, and it even comes with a keyboard protector on it which is a first. The internals is cooled by two heat transfer copper pipes and one single fan (internals in the review). Under light load, the fan is off, but once gaming or doing something demanding it will kick it. Overall the loudness seems acceptable. The touchpad is a Windows precision one and works fine. 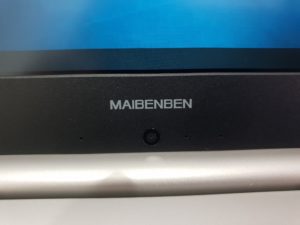 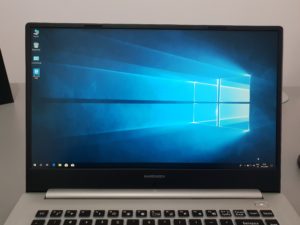 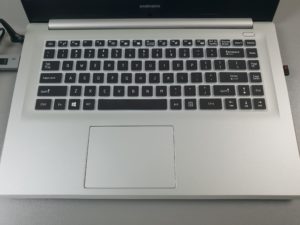 The weakness of this laptop is the obvious, its CPU. The GPU will be great in some light games, but then CPU limited in others where games also require a much more powerful GPU to obtain decent frame rates. Even so a quick test of 2018 title Call of Duty WWII gave playable frame rates on low settings.

This laptop also isn’t cheap at $599 for this kind of spec (With coupon GBmaibenben) but expect this price to drop in the coming months. So far it looks good, the build is good and the speakers are rubbish. But you might be better off saving a few hundred more to get a Mi Notebook Pro which is much more powerful and a premium laptop. This feels like a budget, midrange class of laptop at best.

So keep an eye out over the next week for more on these two if interested, I need some time to test them before the full reviews. But I might post a quick hands-on video on the Youtube channel.