Update: I just got my EZBook 3L Pro, I can confirm it has no power limit settings in the bios and a factory set 6W limit. And I was unlucky, my unit has a TN Panel! Not matte IPS, but Matte TN, panel ID MS_0003. So it’s down to luck if you get the matte IPS panel from BOU. Software power limit unlock or setting 10W works fine. Thermals are good and the rest is exactly the same as the Teclast F7.

Well that was a waste of money… Not the first time. But what a let down! My EZBook 3L Pro has a TN panel. The same seen in the EZBook 3 Plus core m3 wtf Jumper pic.twitter.com/N1VBZUgf8m

The Teclast F7 turned out to be a nice surprise, the best Apollo Lake budget laptop reviewed on the site to date. Even beating the EZBook 3 Pro. Since the Tecalst F7 seems to be sold out and with the disruption of Chinese New Year I don’t imagine it’s going to be in stock and shipping really until next month.

But there is an alternative you’ve no doubt heard me mention in the review and unboxing of the F7. The EZbook 3L Pro is basically exactly the same as the Teclast F7, they share the same ODM so the design, build and origin of the base model is the same. Originally the EZbook 3L Pro came configured with a TN Panel, so I never bought one to review as I hate the viewing angles on them after the EZBook 3L Plus (Same base design again). However, thanks to user comments now confirming it has an IPS 1080p panel in it now, Jumper saw the error of their ways using TN panel tech.

The only differences according to one owner comment on YouTube is the EZbook 3L Pro has a locked bios with a fixed power limit of 6W, but the software unlocking method works. And their battery is 9600mah instead of 10,000mah (400mAh will make no real difference). Lastly, the Tecalst box & packaging is stronger and more premium, the Jumper comes in a plain brown box that’s is as strong. So if you’re after an alternative to the Teclast F7, this EZbook 3L Pro is basically exactly the same and it’s currently selling for $239.99 USD with coupon 3LPRO on checkout here.

If you have the EZBook 3L Pro the updated IPS model, please let us know in the comments any other differences I may have missed like eMMC brand and thermals (They too are apparently the same). 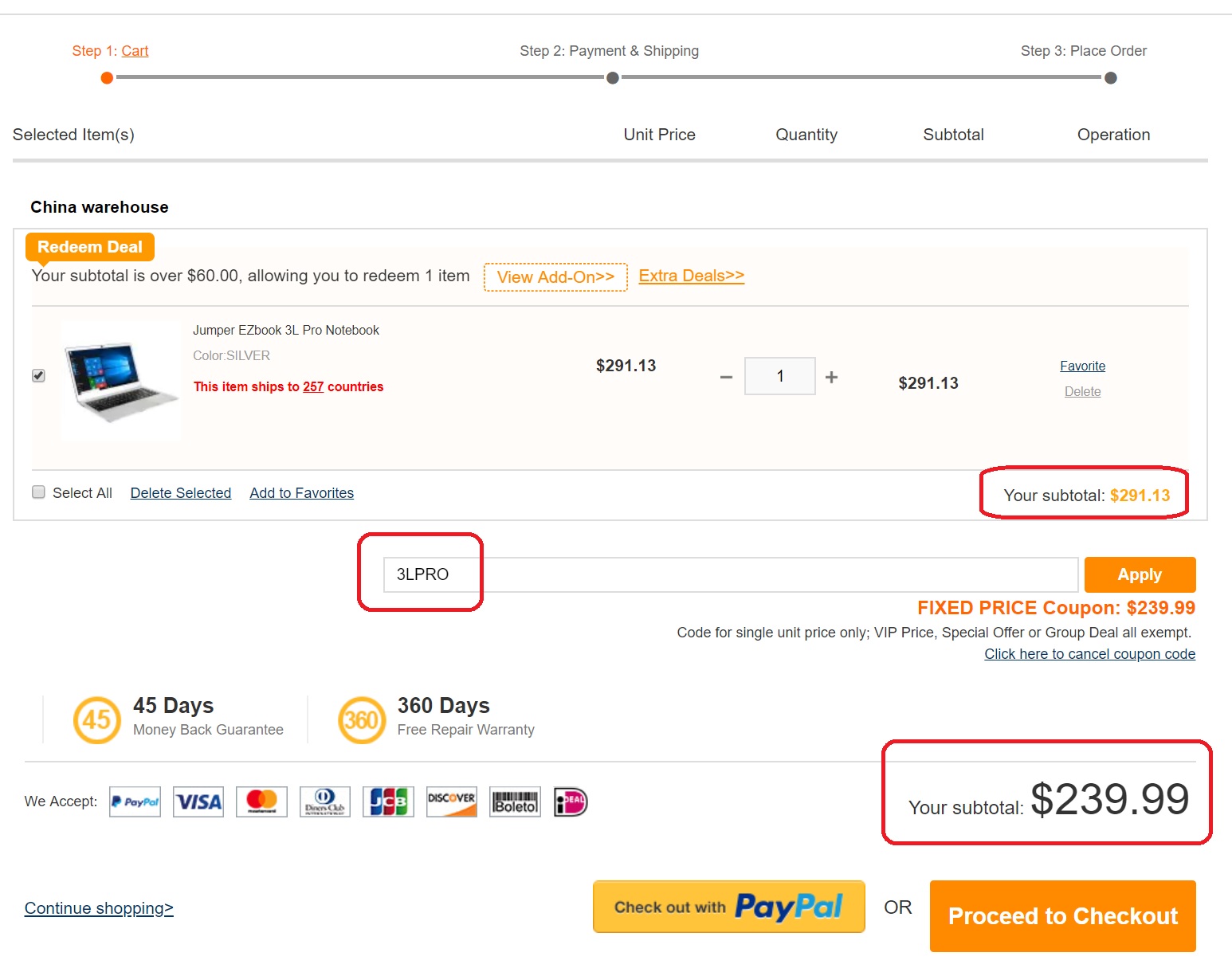