Update: For those that missed out. Another 200 units were added today, so it’s back at $299 from $369! I spotted the Tecalst F7 for $299 and thought at first glance that’s not an amazing price. Until I saw that this version has a 128GB SSD and not the first slower 64GB eMMC 5.1 model. When you factor in the cost of a 128GB SSD and then the time having to clone or reinstall Windows 10 on the SSD you install this isn’t actually that bad of a deal. And more so considering the 64GB eMMC model is selling for $279 at Geekbuying and that’s about the lowest you’ll find the 64GB version for now. So the extra for the SSD makes sense for those looking for a fanless Apollo Lake laptop this is the best one I’ve reviewed. The laptop that bettered the EZBook 3 Pro.

The deal is here. And my review is here Or below if you will. 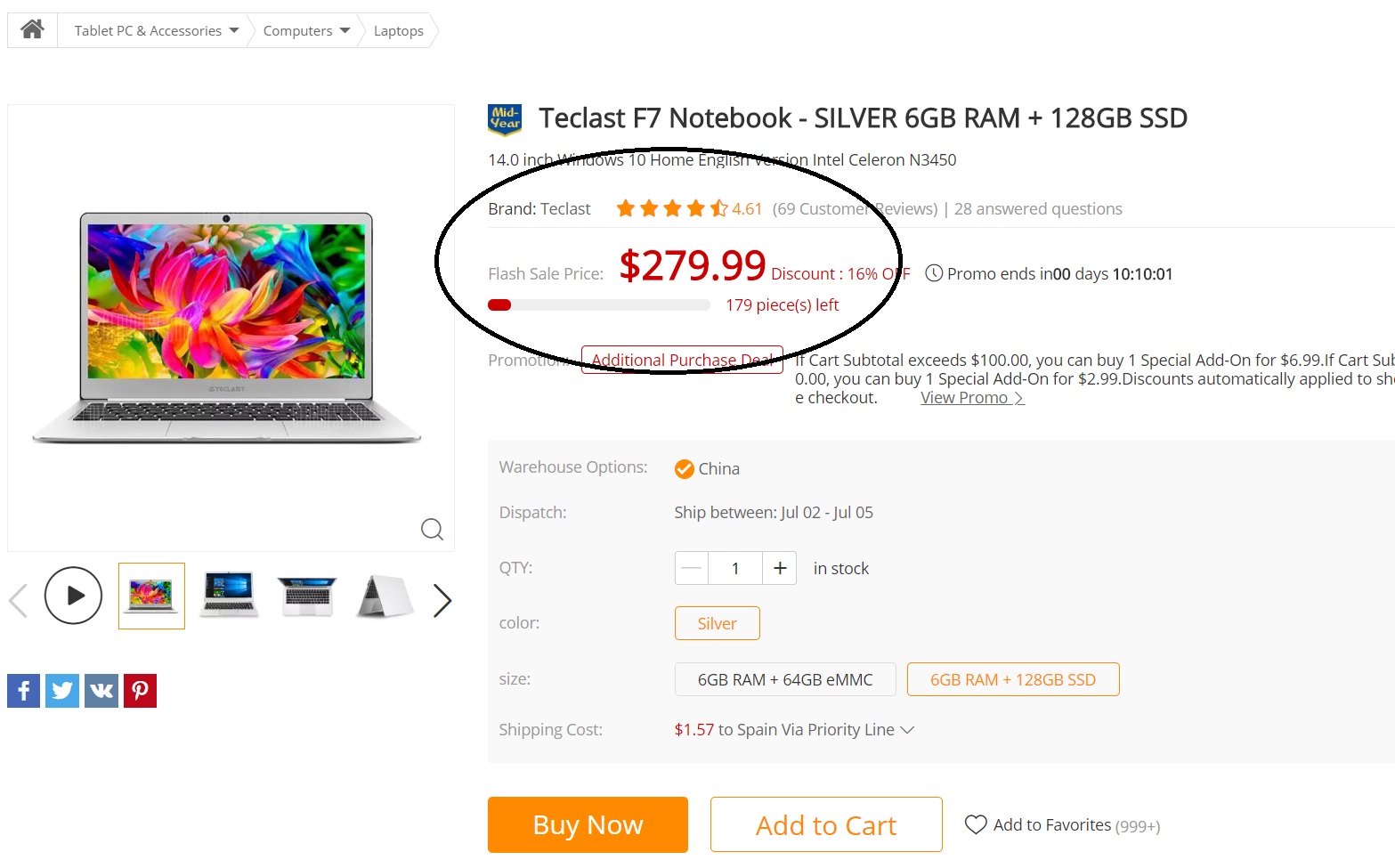