Update: If you missed it on the Youtube channel, the review is now online. I got in the end, the super-powerful Core i9 9900 version with 5Ghz max and 4.3Ghz across all 8 cores. As you can imagine the cooling is the weak spot on this. The seller actually limits the current limit of the CPU to keep the temps well under control. In fact too much so, but as you’ll see in my review you can tweak it to get the max performance at the cost of some high temps on that CPU.

An interesting new release on Aliexpress I’ve spotted looking for the next best powerful Mini PC out of China to review. It’s a small custom PC and motherboard with an upgradeable socket 1151 CPU slot & GPU slot. Yes! The last mini PCs I reviewed that were well-received were the Core i7 8750H ones which while very good, quiet and powerful for the size suffered from two things: No dedicated GPU for video editing acceleration or decent gaming.

These labeled “Gaming Mini PCs” solve that issue. You can configure these desktop CPUs anything from an i3-9100F quad-core, six-core i5 9400F, i7-9700 & 8 core i9-9900. The GPU in this one is of those funny half-height cards finally put to good use. While it’s a dedicated proper GPU just using PCIe power only the Gigabyte GTX1650 OC isn’t exactly a killer gaming card. However, It will game fine at 1080p and aid video editing with its 896 Cuda cores 12nm 75W Turning chip. And you could upgrade it when the new-gen half high cards are released this year or if the AMD Ryzen 570 ever comes in a half card low profile format. 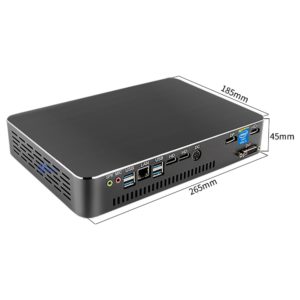 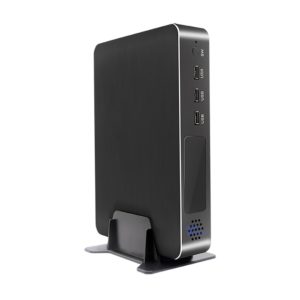 The bare bone CPUs you can choose from:

So it looks like a possible unit to review? Good for a mini workhorse PC. Light gaming, Linux or Hackintosh etc where you don’t need a crazy high-end GPU. But many questions arise, how are the thermals under load? Can the cooling handle the 65W 8 cores Core i9 9900? I think even a 9900K could run in this but the thermals WILL be an issue if overclocking. Those CPUs need massive coolers or water cooling. And yes you could build this spec for cheaper yourself, but this is for those that want a smaller form factor and not into building pcs.

*IF* I was to review one which spec would you be more interested in? https://t.co/VwxZ048rOe