Teclast’s new Android 7.0 flagship tablet the Master T10 is now up for sale for $199 USD. This tablet features a fully laminated 16:10 ratio 2560 x 1600 Sharp IPS panel, I’ve used it before in the likes of the Onda V10 Pro and other tablets, it’s super sharp with 299ppi and a definite top end display. The chipset is a MediaTek 8176 hexacore with PowerVR GX6250 GPU. Enough power to drive that screen with playable FPS but I will check that out in my review, it handled games well on the Onda V10 pro so I don’t see why not. 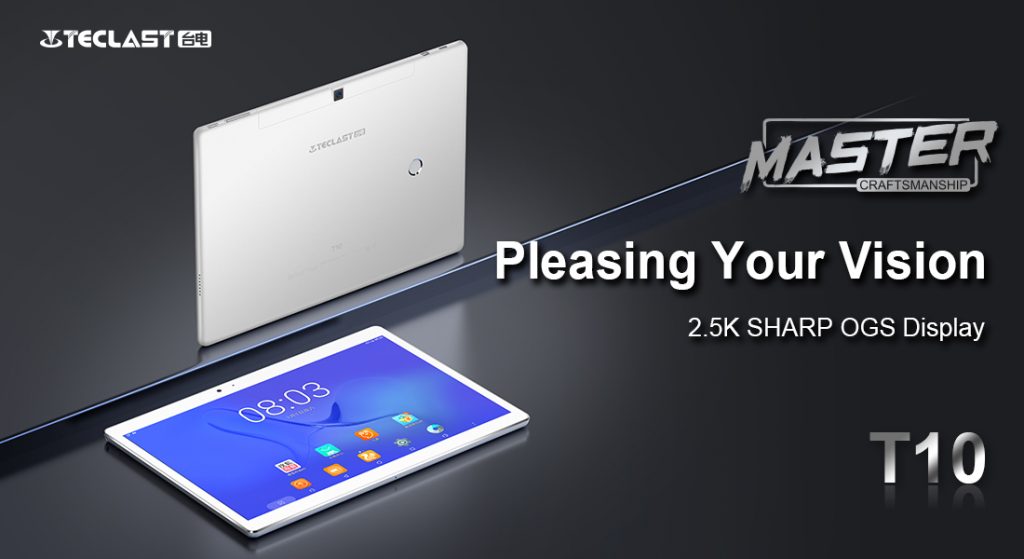 It’s running Android 7.0 and also has MicroSD support, Wireless A/C and GPS. The battery is 8100mAh with a claimed 7-8 hours of run time. And it even has a fingerprint reader on the rear. So looking very decent for the price, great to see more fully laminated premium displays in this tech out of China. In order to get the $199 price, you have to use coupon teclastt10 when pre-ordering. The tablet according to Gearbest will chip out on the 17th. 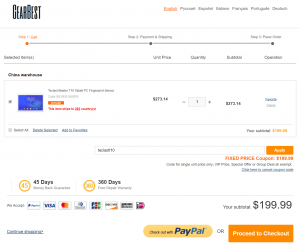 Thank you SportNok for the tip!