The Surbook Mini is due to be released today. This is a smaller version of the Surbook I reviewed. It’s built around the 1920 x 1280 3:2 aspect ratio Surface 3 screen. 450 nits bright and fully laminated, so this should be a decent display, exactly the same as my Surface 3 Atom Z8700 I had back in 2015 and it was a good panel. The screen also supports an active stylus, the Chuwi HIPen H2.

The tablet has 4GB of RAM, so 2GB less RAM than the Surbook and like the Surbook there is no SSD slot, which is a real shame. But it does have an eMMC 5.1 drive. a 64GB one. This might not be enough for some so hopefully, we will see a 128GB version. The tablet has two USB 3.0 ports, MicroSD slot, a Type-C port with full video, data and PD charging support (great!) TheSurbook Mini weighs just 686 grams and the kickstand can go back as far as 125 degrees. 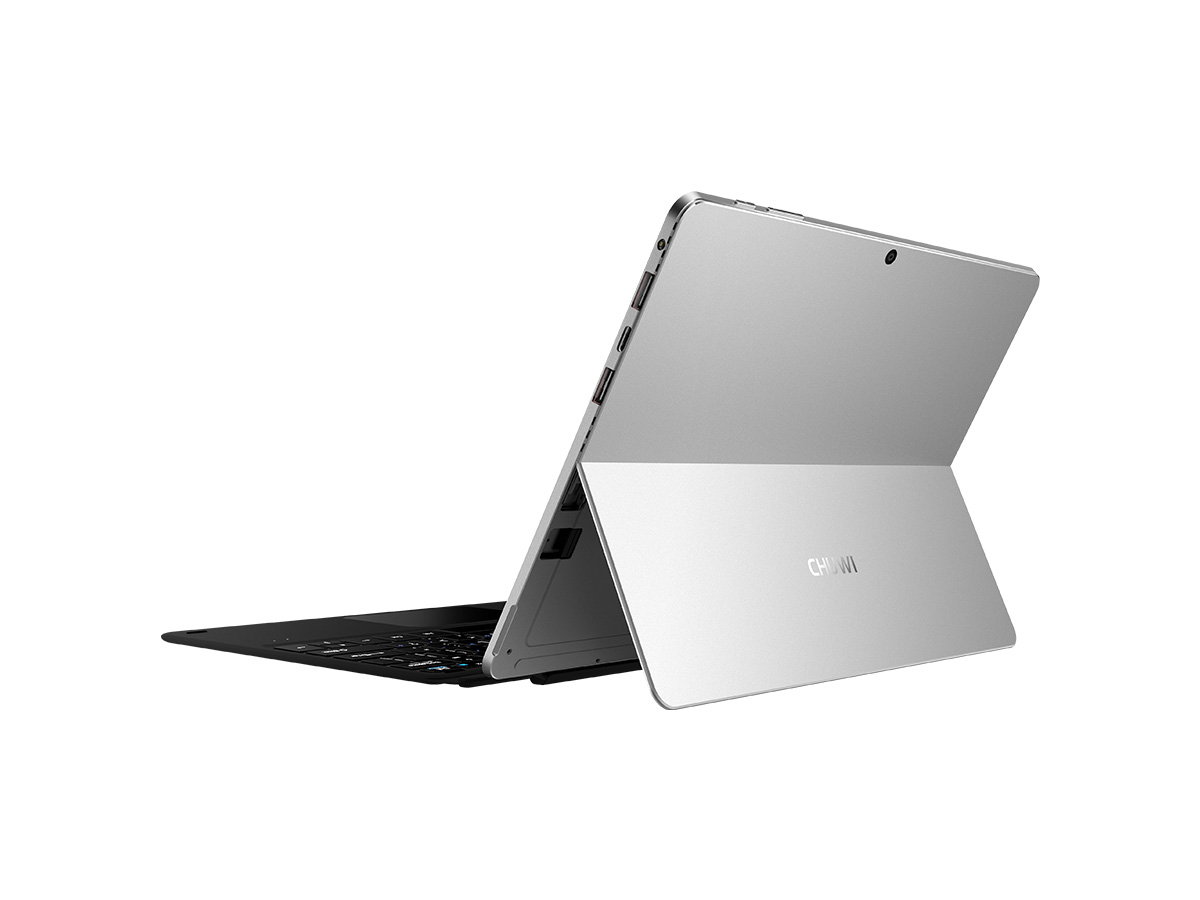 It has an optional type cover, not sure if it’s backlit like the Surbook. Doesn’t look to be. The tablet is selling for $249 over here and the official page for the Surbook Mini is here. Yes, I’ll be picking one up to review. maybe my last N3450 tablet review of the year?