Xiaomi’s Mi Gaming Laptop, a not so typical Gaming Laptop without the gamer red or green accents, silly dragon, flame, or alien logos. A more discreet look. But still has RGB lights if you want it. With up to Nvidia GTX 1060 6GB GPU options it can game well at 1080p with High to Ultra settings.

This model is the best value because you get the faster GPU which is what you want for games, everything else is the base configuration. However, it’s not exactly cheap right now at $1249.99 with coupon MIGAMINGLAP for this model over at Geekbuying.com. But they are the only ones that have it in stock. The i7 7700HQ version with 256GB NVme and 16GB of RAM, GTX 1060 is $1594 with coupon MIGAMINGLP here.

The laptop has a metal lid and frame, but the bottom and palm rest are made out of plastic, probably Xiaomi’s attempt to lose some weight on the laptop, which tips the scales at a heavy 2.75 kilos for a 15.6″ laptop. With the power supply that weight jumps up to 3.25 kilos in total to carry around. But the build quality is a step up from the typical GTX 1060 Core i5 laptop from MSI, Acer or ASUS.

The RGB keyboard has 4 zones of customizable lighting, but you’ll need Google translate in order to work the application to adjust the zones and set one of 16 million colors. Same goes for the RGB side ambient lighting. It’s only in Chinese, just like the Windows 10 Home version, Chinese only. You need to upgrade to Windows 10 Pro and add English or just back up the drivers and install Windows 10 Home in English, the CD in the bios works as long as you install Windows 10 Home and not Pro. The touchpad is one of the best you’ll find on a gaming laptop, super large, great smooth surface and it uses Windows precision drivers. 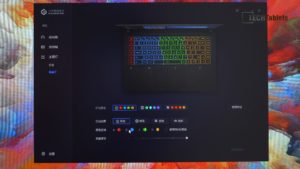 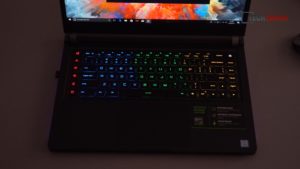 First impressions of the screen are great, bright and matte coated means glare and bright environments aren’t an issue. It’s a 1920 x 1080 IPS 60hz panel. So no G-Sync here, at least we can make use of Optimus graphcis switching technology for saving some battery. sRGB and Adobe RGB figures will be in the full review. 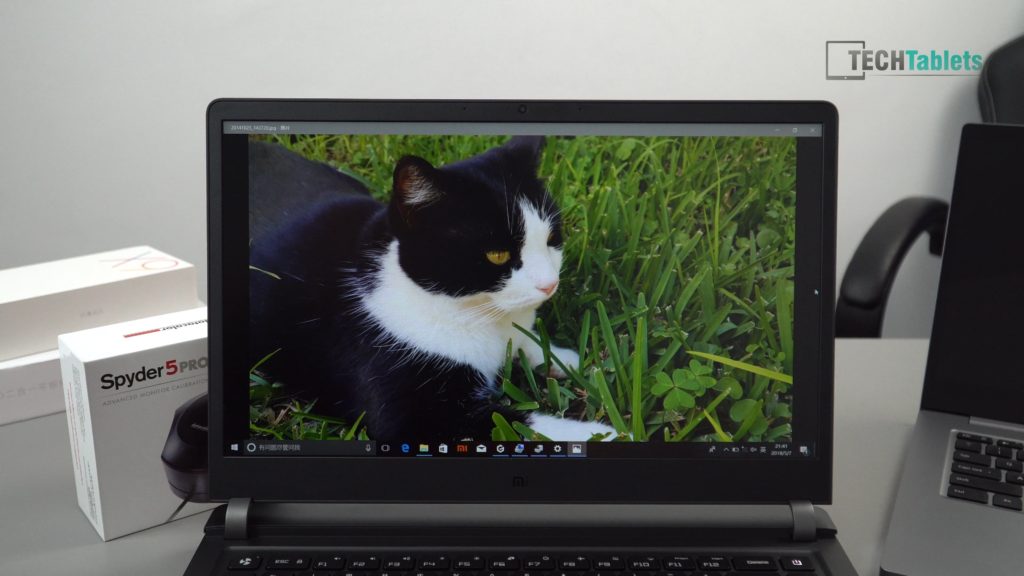 Thermals so far are very good under 70 degrees C, the intake on the bottom of the laptop is massive, both a good thing for maximum airflow, but I imagine a lot of dust would get sucked up too. At least it should be easy to clean with a vacuum brush tip or a blower. Accessing the internals isn’t hard just 9 screws and the hidden one under a clip between the large rear foot at the back, then pry it off.

The internals look great, apart from the small (for this type of laptop) 55Wh battery, it’s only going to be good for around 5-6 hours in my early estimates with the Intel 630 iGPU enabled. But full battery figures in my review. 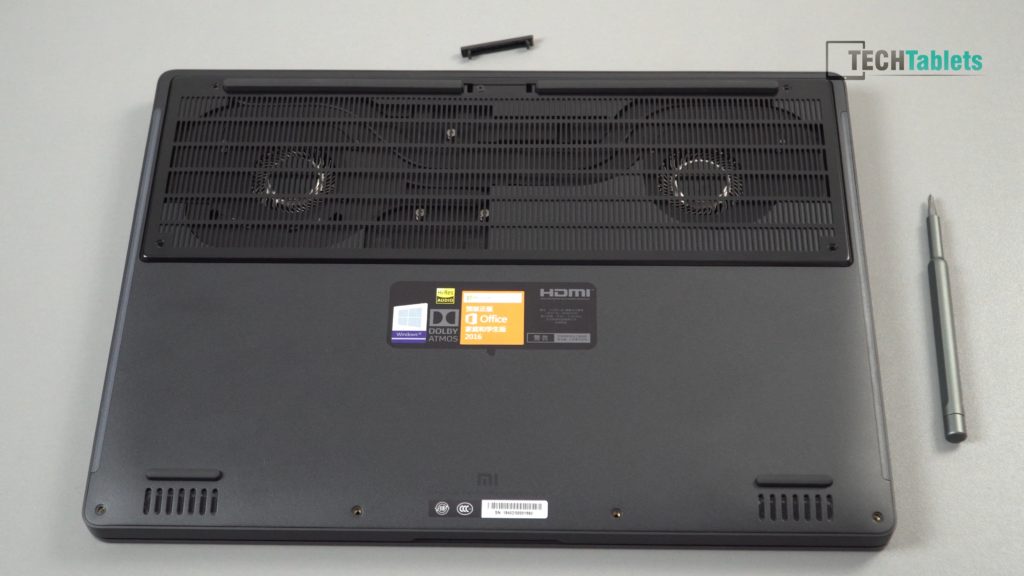 Xiaomi has gone well for a first gaming laptop. But the 2nd gen refresh will be the one I feel to look for, 8th Gen 6 Core CPU’s like the 8750H all new 2018 gaming laptops feature and possibly the new Nvidia 11 series of GPU’s if the timing is right.

I’m working towards the full review coming soon. And keep an eye out for the gaming review where I’ll test many popular titles, overclock that GTX 1060 and watch both the FPS and thermals closely.